After a brutal loss to the Mets, which I won’t repeat the score here, the Cubs came roaring back with an outstanding game for Paul Maholm to take a 4-0 shutout win against their soon-to-be-former rivals, the Houston Astros.

A rain delay was the perfect time to show Kerry Wood’s 20 strikeout game against the Astros in 2008. Talk about throwing salt in the wound.

You know what? This is a great time to be a Chicago Cub and a fan despite their dismal record. All the young guys are getting a chance to strut their stuff for example, Luis Valbuena who hit his third Homer since being called up from Iowa. See what I mean? It’s not all that bad.

Steve Clevenger went 1 for 1 with 2 RBI’s. I tell you folks, the next generation is on their way.

Speaking about the next generation, what are the Cubs going to do with Dempster and Soriano? Will we see a trade with LA Dodgers?

The Dodgers are very much in the hunt and with the Cubs sitting pretty much in the basement, they should trade Dempster for some great prospects. It would give him a chance to get that Ring.

As for Soriano, there’s a rumour going around that the Cubs will eat up his contract in order to move him. I still suspect he’ll be back in the American League.

Thhe Cubs are on the right track and instead of building a team around a seasoned veteran or going for broke and stockpiling the team with over hyped veterans, are you listening Jim Hendry? the Cubs and Theo Epstein are taking off the Band Aid very slowly.

There’s a lot of excitement being built up for tonight’s matchup with the New York Mets.

This man. Anthony Rizzo. We’ve talked about him  constantly, but in a season filled with struggles, this is the guy who can lead the Chicago Cubs into the promised land. No pressure.

The Cubs are quietly filling the organization with the “Youth Movement” Darwin Barney, Starlin Castro, Tony Campana and now Anthony Rizzo. Next up is Josh Vitters.

Sure, it’s not a shoo in for the World Series, but Theo Epstein has a plan. Everyone can see it as he stands, arms folded in the GM Suite high above Wrigley Field. Surveying the field. ‘Unleash the Hounds, Smithers.” Smither’s of course, is Jed Hoyer.

Anthony Rizzo. Aquired in the deal that sent Andrew Cashner to the Padres.

Anthony Rizzo. the future is now.

There’s been a lot of talk and criticism surrounding the way Dale Sveum has managed or mis-managed the Chicago Cubs this season. For example, some fans are concerned about the lack of intensity that once was there in spring training or playing LaHair against Right Handed pitchers, which he doesn’t do as well.

Anthony Rizzo is scheduled for Tuesday against the Mets. There’s a lot of excitement with his coming up. Rightfully so and it is a glimpse into the future of the organization.

I don’t think the criticism should be centred on Sveum. There’s not much he can do with the team he has. Yeah, the excitement with Rizzo is great but I believe Sveum is the manager that will bring a championship to the North Side.

I’ve been accused of optimism.

When we visited Cooperstown a few years ago it was probably one of the most thrilling experiences in my life(next to our wedding and Darcy being born, of course.)

There was a serenity and peace when we strolled through the Hall and looked at all the plaques on the wall. Everyone from Cap Anson to the Great Gary Carter all the way to Roberto Alomar. There was one player that stood out for me at least and that was, Ricky Henderson. The Man of Steal.

The reason I’m bringing this up again because I’ve written about him before, is that looking at this year’s statistics for stolen bases is Tony Campana.

Now, let’s look at this comparison. Campana’s totals added by 100 will be 148 if Campana played the same amount of games as Henderson. That would have been more than Henderson.

What Tony Campana needs is a nickname. If Ricky Henderson had the Man of Steal, then what could Tony’s be, Kid Flash?

The trading deadline is coming up and there’s plenty of talk about wh is going and who is staying. I’ve heard rumours that Starlin Castro is going, Ryan Dempster and Soriano.

I highly doubt Starlin Castro is going anywhere. He’s the next face of the franchise and rightfully so. Although he’s undesciplined at times, he’s very consistent.

Ryan Dempster I think will head to Toronto. Kyle Drabek is on the shelf so the Blue Birds are looking for that quality pitcher. The fact that he’s Canadian helps too.

Alfonso Soriano is having a banner season and of course it’s coming a little too late. He’ll be traded to the American league.

Last night, the Cubs were shut out and finally, we can get back to some National League play. 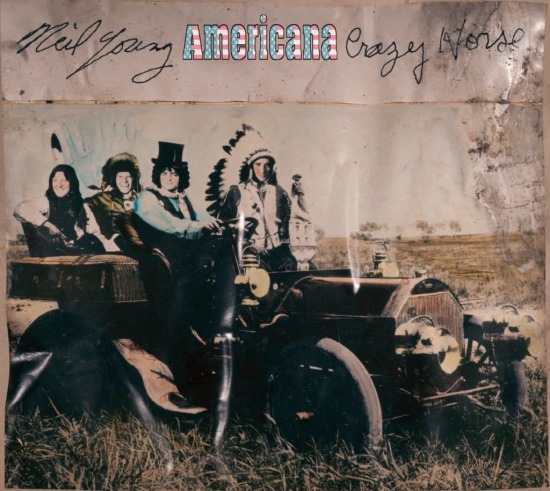 Neil Young and baseball have a lot in common. They’ve both been around for years and have constantly evolved and changed throughout.

I thought Neil Young was old in 1988 when he released,”Rockin’ in The Free World”. Who was this old guy tearing it up on a sound stage? He looked like he didn’t belong among the Bon Jovi crowd. That song has now found its way in the encore of every Neil Young concert since.

Ragged Glory was released in 1990 and it was my first introduction into the sound of Crazy Horse. With its thundering guitars and gang vocal shouts, Crazy Horse has been credited with giving birth to Garage Rock and plaid shirts. “Mansion on the Hill” still finds its way onto our ipod cranked at ear splitting level.

Crazy Horse is Billy Talbot, Ralph Molina, Frank Sampedro and of course Neil Young. They are a band. One Unit.  The equivalent of stampeding horses charging across some barren plain to a destination we don’t quite know yet.

Neil Young has a way of reinventing himself each decade. 2012 is the start of this reinvention again.

Americana is the first Crazy Horse cd since 2003’s Greendale. it marks the first with the complete lineup since 1996’s Broken Arrow.

What makes Americana a special entity is it visits such American classic folk songs like Clementine, Oh Susannah and This land is Your Land.

What’s Crazy Horse doing playing children’s songs? This, from a band who sang the immortal lyrics,”Hey Hey, my my, Rock n Roll can never die.”

Well, if there is any questioning about it, they answer it with that same forceful stampede across the plain rumble that only Crazy Horse can do.

The sad lament of Clementine is brought to the forefront and stripped away from the upbeat childhood diddy we all remember.

Do you remember Gallow’s Pole from the mighty Led Zep? Crazy Horse adds the paranoia of death looming before a hanging,'”Papa, bring me silver? Did you bring me gold? Did you come to see me hangin by the gallows pole?”

Every album has that one great song that blasts through the stillness of a humid summer day. Crazy Horse brings the cover of Billy Grammer’s,”Travel On” and transforms it into a great companion piece to their classic “Country Home” from the Ragged Glory cd.

Neil Young  and Crazy Horse dissect Americana rebuild it and rename it after themselves.

Hell, they even do God Save The Queen.

The thing is that all the songs in their childhood versions that we remember were watered down almost concealing hidden truths about our nation that we were afraid to question.

Hopefully, Roger Clemens bought an itunes card and blasted Americana as he drove with the windows down across a barren plain on his way to Cooperstown. Fading away.

A funny thing happened last night as I tuned into the Cubs game halfway through. The score was 6-3 for the Northsiders, so I was like,”Great, I’ll sit down for a nice home cooked meal that Mary Beth made for me.” It was a rice with spinach dish that was incredible, I put a little Soy Sauce on it… oh yeah, the game.

After supper was through, I went back to the game and saw that it was 12-3. Where did these six runs come from? Not the Cubs you say? It has to be a mistake, a typo those guys at Comcast must be having computer problems. No, these guys were for real.

Let’s talk about Alfonso Soriano. Ok, the Cubs are sitting second last in the league. Big Deal. Lovable losers, I doubt it. Nobody remembers who finished last. oh yeah, this is sports and in particular, baseball. There are statistics for everything.

I’m not going to jump on any band wagon by saying,”I knew he was good.” and all that. I wear his jersey, but he has got to go. However, truth be told, Alfonso Soriano has got some of the most wicked tools (and a wicked contract). Last night, he wacked his 13th home run. This is in a season that many consider a right off and here comes Soriano going yard 13 freakin’ times and it comes when he’s DH’ ing. A franchise record! Besides, the Cubs got 5 homers in the game!

Who would have thought that one?

Well, everyone. Does Soriano look like he’ll be traded soon? will he be somebody’s DH? Will the Cubs win the World Series?