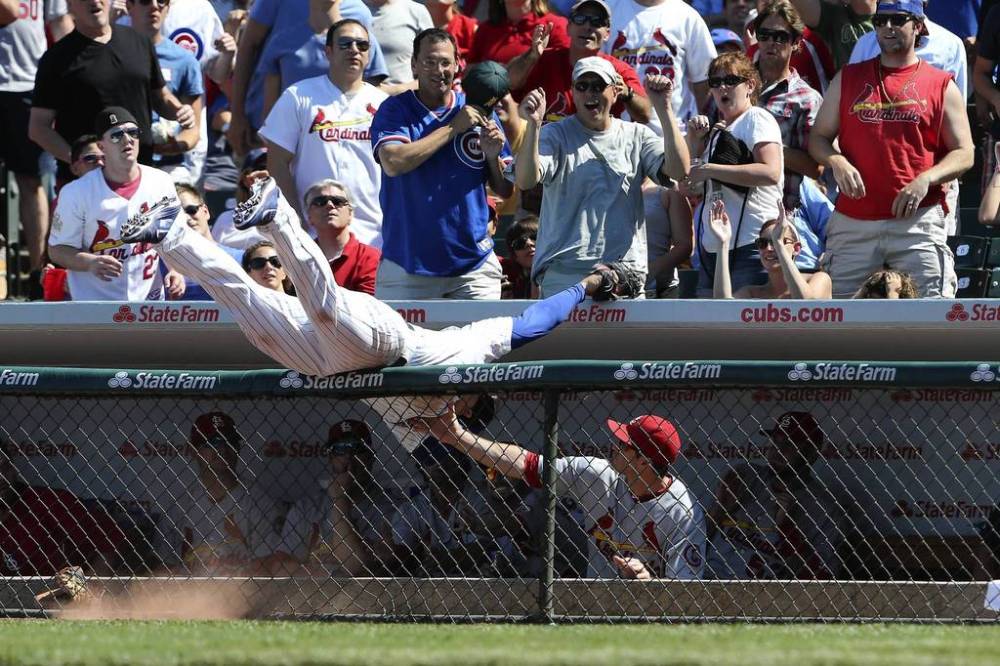 So, there is proof that maybe, just maybe the Cubs might want to inject their team with some youthful energy instead of ejecting their fearless manager Dale Sveum. Yesterday, the Cubs were humbled at home by the St. Louis Cardinals 6-1.

Another loss at home and the funny part is that the Cardinals and the Cubs have almost mirror records. The Cardinals with a 71-52 record and the Cubs with a 53-70 record. Junior Lake got three hits including an RBI double, now how’s that for youthful energy?

There was an amazing highlight in yesterday’s game when Anthony Rizzo probably made the catch of the year in the fifth inning going after a Molina pop up. The catch was made on top of the dugout. Way to hustle Rizzo!

“We seem to get guys on base enough during the game, but we’re not getting those runs in. or that three-run homer to break a game open or that two-run double or anything from anybody,” Dale Sveum said.

So now that Sveum has identified the problem, how does he go about fixing it? Well, he gets ejected. Donnie Murphy checked his swing in the seventh inning, but the umpire called him out.

I wasn’t going to get started on instant replay in Major league Ball, but I think it should happen.

I think it’s crazy that it hasn’t all ready happened in the game, but it’s a step in the right direction.

now for the Starlin Castro situation. I think it’s horrible that a guy as talented as Castro makes the errors that he does and yet, he’s still up there playing. I like the kid and so does our son, but putting Castro back in the lineup kind of sends a clear message that there might be a lack of discipline happening. What’s wrong with putting him down in triple A for a few games? This late in the season it’s not going to matter much, but it will help the kid get on track and fix those costly mistakes that he’s been making all season. Maybe even pairing him up with a veteran who can guide him and mentor him? Mario Lemiux did that with Sidney Crosby. It could work.

The Cubs will try to get back on track tonight when Jeff Samardzija gets the start against the Washington Nationals. Game Time is 8:10 eastern
—Mark