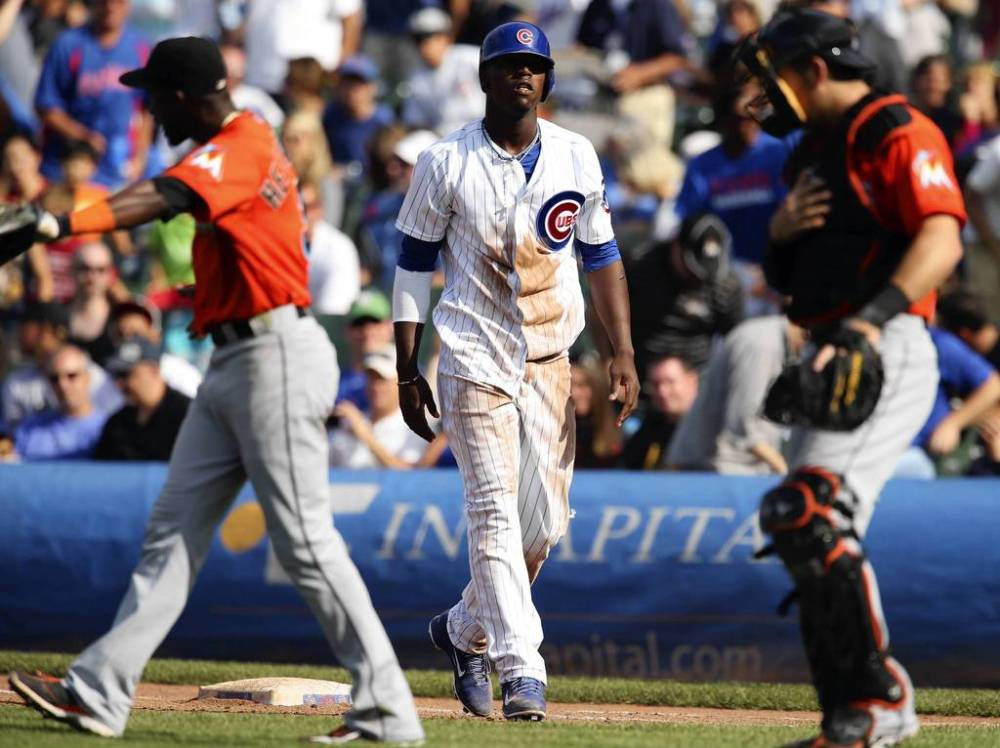 The Cubs are a funny team. Far from playoff contention and yet, us fans still keep clinging to the faint hope that there might be some little glimmer that we can see in the final month of the regular season. Yesterday, the Cubs lost to the Miami Marlins 4-3. What made it worse was Bobby Hull’s erratic seventh inning stretch.

You’ve probably heard the expression, “Doing it for pride” The Cubs and their loyal fans must be feeling very proud indeed.

“After the first four hitters of the game, we didn’t put together anything,” Dale Sveum said. Things certainly did start well for the Cubs but things weren’t looking up for the rest of the game.

September is a month where some players are playing for jobs into next season while others are padding their statistics. For the Cubs, this will be a great chance to show some mettle. Yeah, Travis Woood, didn’t earn a quality start, but he’s played a great season and I hope he’ll be back next year.

In fact, that’s a good point. Very few players on this club are notched in for the long haul. During my vacation, David DeJesus became a Tampa Bay Ray.

“There are a lot of guys playing for their careers, including myself,” Dioner Navarro said. “I’m trying to take advantage of every opportunity I get. We’re a young team and trying to rebuild, if that’s what we want to call it.”

Dioner raises an interesting point. Are the Cubs rebuilding? Are they really? I’m not being pessimistic but can a team keep using that same excuse for the last few seasons? A team like the Cubs have a wealth of resources or should. The Yankees have remained consistently strong throughout the years, so why can’t the Cubs?

I don’t have that answer. I think the Cubs are almost there and they’ve played some really good ball this year and of course, some not so great ball.

A funny incident happened to me in Boston when we visited that beautiful city of theirs, I was walking by a café with my son Darcy and he was wearing his Cubs cap and I was wearing mine, two symbols of hardship and adversity and a little pride. A father and teenaged son were sitting at the window drinking their Mocha’s and the father pointed to me and I pointed to him, that “Acceptance Point” the gesture that says, “Someday, the Cubs are going to win and that day will be awesome!”