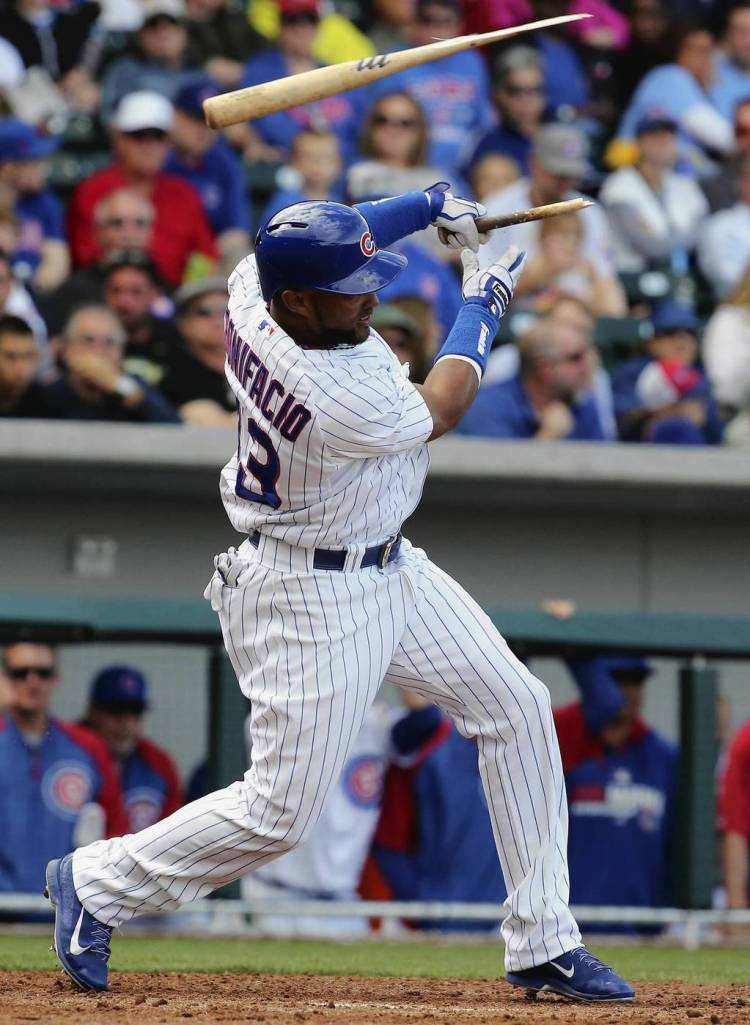 The Cubs are still in the hunt for their first win of the 2014 Cactus League campaign. Is anyone surprised? Not really. it’s to be expected by fans, management and team alike. They are after all, evaluating and trying to see the pop within the group and where every player is going to fit in with the 2014 edition of the Chicago Cubs.

The Cubs have players that are hitting for power in Anthony Rizzo and Javier Baez. They have their potential leads off man in Starlin Castro and their stable of young players. So where does the team stand so far? After three games and no wins(not counting the two cancelled games on the weekend) Not bad.

Castro left the game against the Royals early with a hamstring injury which isn’t too serious and should work itself out soon. There’s competition in camp for the lead off spot between Castro and Emilio Bonifacio.

“Starlin has the ability to put the bat on the ball pretty much anywhere,” Renteria said. “He handles the bat, he can manipulate the barrel quite well. He could fit in the [No. 2] slot quite easy. He’s a guy who was a 200-hit a year guy, so that’s a lot of hits. Having a guy who can get on base whether through a walk or hit is pretty good.”

It’s Starlin’s job for the taking. He needs the lead off to really elevate his game to the next level.

So here’s the thing: The Cubs are 0-3 while the Toronto Blue Jays are 3-2. While the comparisons between the two teams are minimal, with Dioner Navarro making the switch to the north; I believe the Jays have a lot riding on this year`s edition of the Blue Birds. While the Cub are really trying to find their swing and despite this year`s struggles that the Cubs will face, they`re in that good spot where they can be the team they want to be in the future.

It`s good to see Dale Sveum at third base.

Arizona`s looking good this time of year. It`s -22 Celsius up here and hopefully they`ll spread some sunshine and warmth up here.