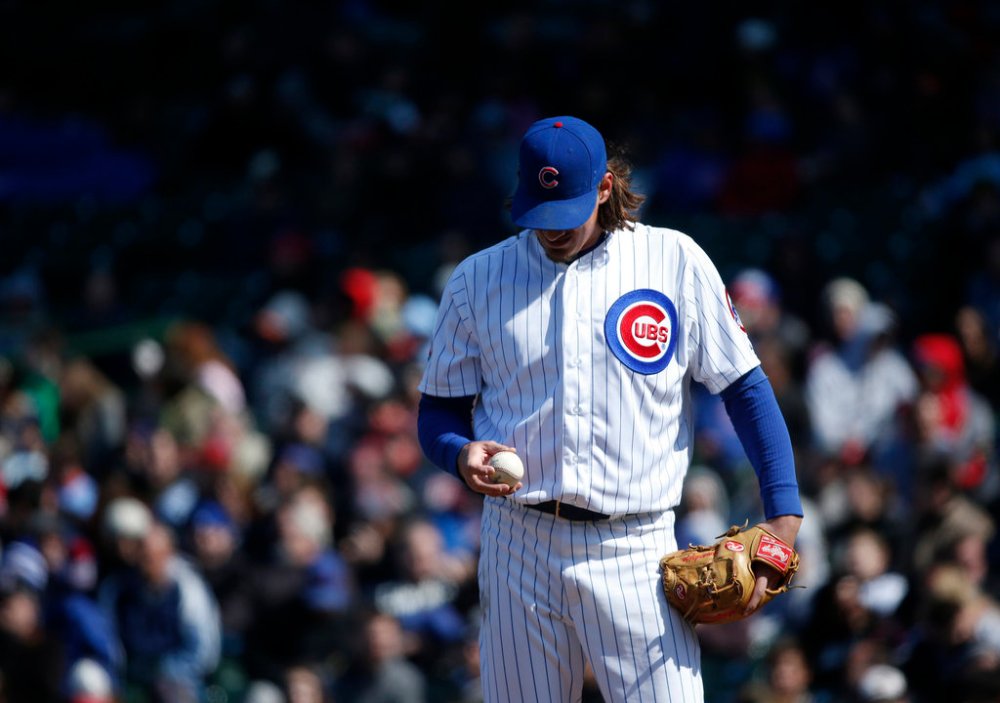 All right, so the Cubs had it bad yesterday. Losing 4-1 against the division rivals Cincinnati Reds is a hard one to take.

The good news is Jeff Samardzija tied a major league record and for the Cubs, it wasn’t a bad record. The Shark had two putouts in an inning and Anthony Rizzo tied for most assists in an inning by a first baseman.

So you see, not all was bad with the loss. Now, going into the game the Cubs hadn’t scored in 24 innings. I don’t know about you guys, but a team doesn’t win championships like that. Plus, when your ace pitcher hasn’t won since August 24, that’s ten starts for all you folks keeping score at home; there’s a problem. The problem doesn’t lie with Jeff because he’s been playing pretty good ball.

“I concern myself more with the way we approach the game,” Rick Renteria said. “If our approach is good and we’re really focused on what we’re supposed to be doing both at the plate and in the field, I’m good with it. Today, I think we were a little sloppy in general, and Jeff really kept us in the ballgame throughout.”

No, I’m not talking about Jeff Samardzija. I’m talking about that little guy stuck between second and third base. Yeah Starlin, you’re having a bounce back season and I’m happy for you, but try not wearing that blue balaclava under your ball cap and you might just not drop some balls. I know it’s cold in Chicago, but I’m Canadian and it gets just as cold. Put your toque on in the dugout and then take it off when you get out on the field. Don’t forget your long underwear. I’m just trying to help.

“We’re not playing a fifth-place team,” Jeff Samardzija said of the Reds. “They’re a complete team. They can hit, they can play defense, they can pitch. … When you play the Reds, Cardinals and Pirates and the Brewers now, you’ve got to bring your ‘A’ game and play clean defense and put some runs on the board and pitch well if you want to win games.

That’s what the Cubs are having trouble with right now is putting some runs on the board. If you read yesterday’s post, you’ll know who can help with that.

Back to you, Theo.