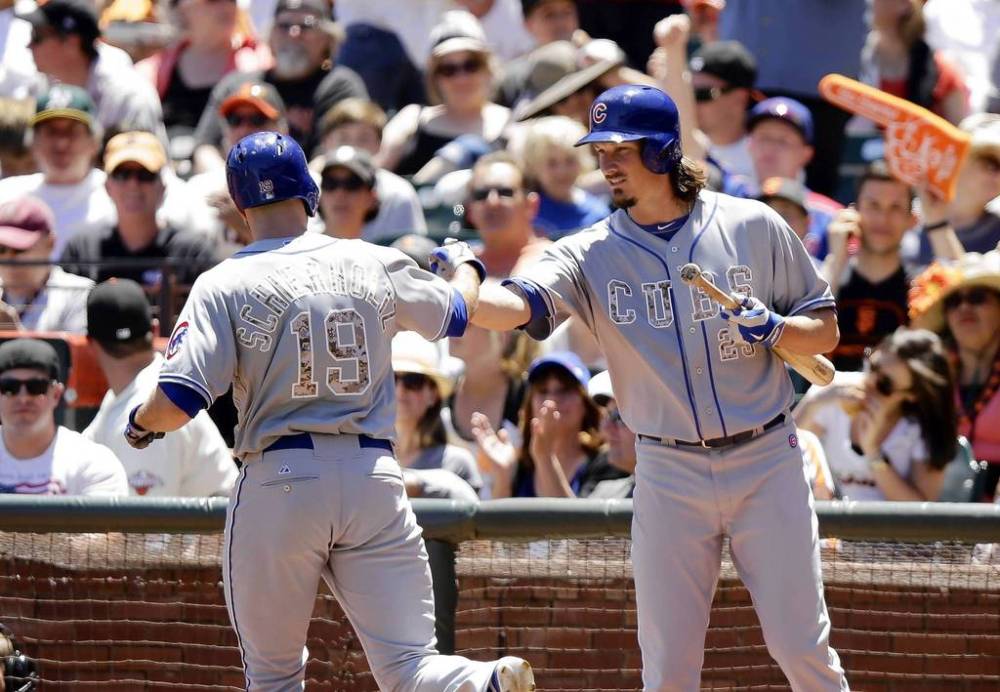 Everybody loves an underdog story. Hollywood is riddled with them. They inspire and bring audiences to tears with their emotional wallop. Films like Rocky, Rudy and Forest Gump strive to not just pull at our heartstrings but to yank them. The Cubs did that yesterday.

They came from behind. They went the distance just like Rocky. The “Little Guy” getting a chance to play like Rudy. The Ordinary Fella doing extraordinary things like Forest. Most importantly, the Chicago Cubs beat the San Francisco Giants 8-4. First versus worst.

The Shark Samardzija got his first victory. Nate Schierholtz banged his first home run of the season and the Cubs proved that they’re not just plucky guys but a pretty good team.

“It was nice to get him the first win before June,” said Darwin Barney, part of the sudsy shower, Samardzija’s first since his rookie year when he picked up his first save, July 27, 2008. “I think it was on his mind a little more than he put out just by how happy he was today and the fashion that it went down.”

This was a very big win for the Cubs. Bonifacio hit a triple and the Cubs did what has been eluding them for a long time now, they scored with Runners In Scoring Position.

“I usually get mad at other things,” Samardzija said. “I get more mad at myself than bad pitch selections. Throughout the year, I feel I’ve been happy with how I’ve been pitching. The ball just hasn’t bounced my way. I wanted to keep my composure. You learn a lot about yourself in this game. When you come out of it and do things like this, you feel better with how you handled it.”

The Cubs handled it well and the only other thing that can happen this year would be a true Hollywood Ending.