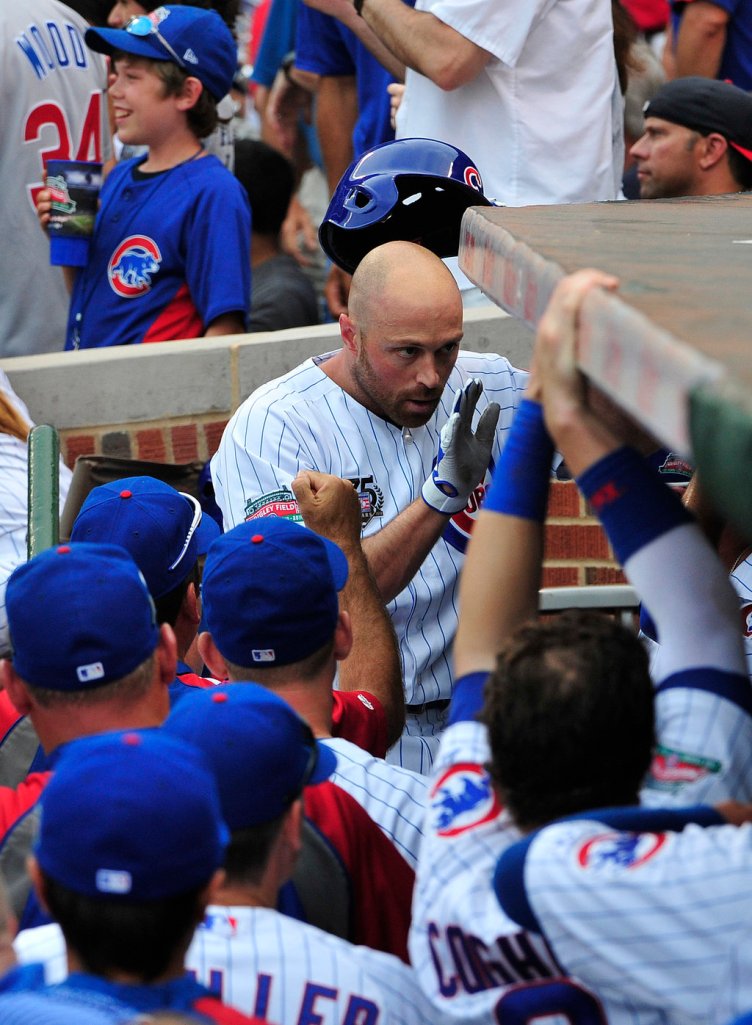 In what is supposed to be the Hall of Fame Weekend where generations upon generations enjoy the magic and whimsical wonder of a Nation’s pastime, the Cubs seemed in a nostalgic mood against the Cardinals. One day after a spectacular win, the Cubs decided to give a Hall Of Fame worthy loss 6-3. Was it the jitters of seeing AJ Perzynski in the division red?

“I’ve faced him several times in the past, and he’s had quite a bit of success against me,” Jake Arrieta said of Pierzynski, who is now 6-for-8 against him. “He’s a veteran hitter and knows what he’s doing up there. … He’ll be big for the team, especially with Yadi gone. It’s a good pickup on their part because he’s been around for a long time.”

And so the end result wasn’t exactly the outcome the Cubs were hoping for but Arrieta had a quality start. He fought back and went six innings. You see? even in a loss there’s always some sparkling good things for fans to see.

“That performance is indicative of how much he’s grown,” Rick Renteria said. “If that had been a couple years ago, and he was struggling, he wouldn’t be able to grind through and pitch six innings without his best command or stuff. Today he did.”

Jake Arrieta could very well be that pitcher who’ll lead the pitching staff to the playoffs real soon. They kept it close, but sometimes the games can run away from a team.

Maybe Nate Schierholtz wants to remain a Cub? He homered. It could be his last ditch attempt at saying, “Hey guys, don’t trade me. Last year wasn’t a fluke. The old Nate’s back.”