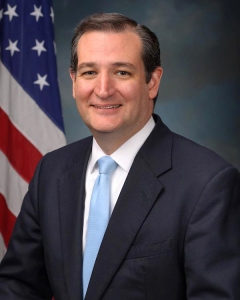 I’m just going to throw that out there never seen anything like that before. It just goes to show that there’s a twin out there for everyone.

Uncanny, I tell you.

The Angels beat the Cubs 8-4 but there was some pretty cool stuff that happened.

Last night’s game against the Angels was interesting. Mike Olt continues to impress with a two run homer and Travis Wood crushed a shot out into the picnickers area.

But the most interesting thing about yesterday’s matchup came when Kris Bryant started left field. I’d really like to see this happen. Mike Olt could have a breakout year but if Kris Bryant winds up at third, then as we all know, that’s not such a bad thing either.

“I asked him to not try to do too much with his arm and just get to the ball quickly, get in it quickly,” Maddon said Thursday of the Cubs top prospect. “He’s all jacked up about it.”

Here’s another thing that’s interesting; Javier Baez in the lead off. The Cubs are having the kind of issues that a great team should have and that is where to put these players?

“Part of it is to try to increase his confidence and let him know we support him,” said Maddon.

Where do they fit into the lineup? A few years ago, the Cubs had issues with finding great players. The problem this time around is where exactly does Joe Maddon put this talented group in the lineup? Baez has one of if not the most powerful swing in the majors. If he can harness it somehow, then he could possibly be out duelling Anthony Rizzo as batting champion for the Cubs. So, by putting him in the lead off position, and don’t get me wrong, I think Dexter Fowler is the guy for that spot; I believe that it will force Baez to build the kind of patience necessary to develop into the talented player we know he can be.

Then here’s another good problem to have. Matt Sczur. Should Chris Denorfia start the season on the disabled list, it could open a great opportunity to see Matt Sczur who continues to impress everyone this spring.