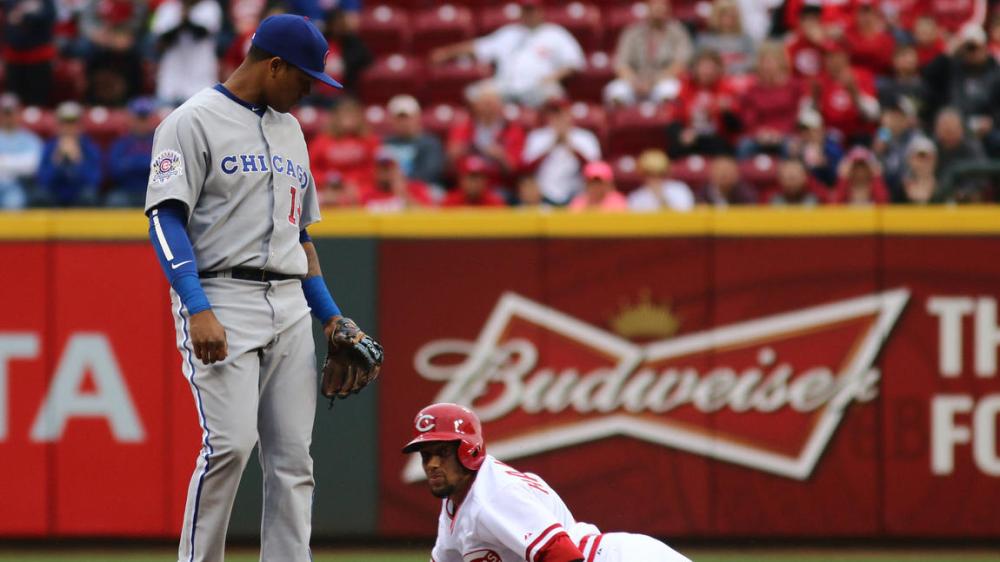 Remember when I talked about yesterday, the guys in the bottom of the order stepping up? Well, now it’s Jonathan Herrera’s turn at the plate. Yesterday, the Cubs came from behind in extra innings to defeat the Reds 7-3. Another huge difference this year is the Cubs are getting on base. They’re getting on base but they’re moving well when on the bases. No more, getting on first and waiting. This season, Anthony Rizzo’s stealing, Castro’s stealing and of course, Kris Bryant is well, Kris Bryant.

“I’ve always really thought highly of a team that can win in extra innings on the road. That really indicates you’re totally focused on the game in its entirety. That’s always been my measuring stick of a good team. Everybody participated, and you can truly classify that as a team win.” Joe Maddon said.

“The thing I really appreciated about him in Spring Training, because I actually focused on this, was that even when he wasn’t playing or was on the bench, he was always upbeat,” Joe Maddon said. “He didn’t know his status, didn’t ask about his status, but kept coming out and doing his job.

So, what about Jon Lester? When is it his turn to find his groove? He showed improvement but I’m starting to think it’s just the adjustment to the National League. He’s been around long enough, he knows what he’s doing and yesterday there were signs that he’s finding his mark.

“The thing that’s been plaguing me is the continued baserunners,” Jon Lester said. “I got a better feel for my cutter tonight and was able to make some offspeed pitches, which is obviously key against this team. I’m learning. New league, new faces, new guys. I’m kind of figuring it out as we go and keep adjusting.”

Adjusting is the keyword here. For Jon Lester and Cubs fans everywhere. The team is only 2 and 1/2 back of the Cardinals. Folks, it’s been a long time since the Cubs have kept pace with that team. It gets me excited to think that the ol’ rivalry can pick up again this season. Then I started to daydream a bit.

What if the Cubs played the Red Sox in the World Series? It could happen. However, if that happens I’d have to call my buddy Stephen King to take him to a game.