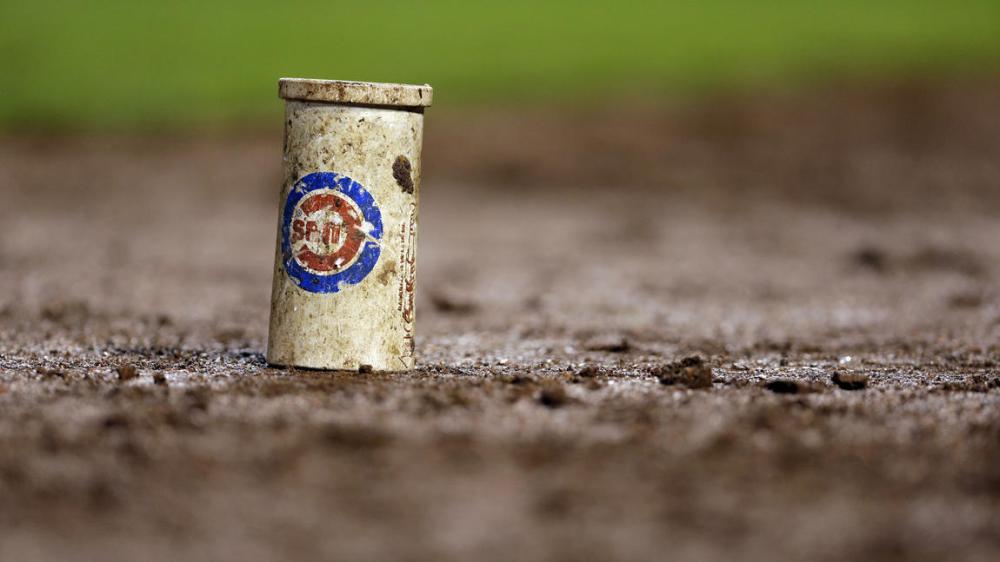 The Cubs learned a lot of things in yesterday’s 4-1 loss to the Cardinals. Yeah, yeah, I know what you must be thinking but everyone didn’t expect the Cubs to wipe out the Cardinals. Yeah, I thought they might have took at least one game in the series but it wasn’t to be.

“They’re quality hitters, professional hitters,” Jason Hammel said of the Cardinals. “That’s what you get in the big leagues. You can’t be in the middle of the zone, and that’s where I was when I came back [from the delay].”

I’m going to chalk up the weekend sweep to rookie syndrome. All right, I’ll include everyone else on the team as well. This is the first time that all the team as a unit has faced the Cardinals in this way when the Cardinals have been that good with a Tornado watch in effect and a rain delay. Whew! There’s a statistic for ya, you Saber Heads out there. TWIP (Tornado Warning Innings Pitched)

“You have a young, inexperienced group offensively, and they’re being schooled a little bit,” Joe Maddon said of his team. “Eventually, it will come back to us. They’ll benefit from it. Right now, [the Cardinals] got us — I get it. I thought we pitched well, played really good defense. We did a lot of things well, we just could not get the hit.”

I knew there was a reason. Maddon’s got a point, as usual. The Cardinals are a good team and poised to make it to the World Series if I were a betting man. The Cubs have shown flashes of awesomeness this season and glimpses of not so awesomeness tendencies which is kind of what people expected going into this season. Theo Epstein and Jed Hoyer warned us as well that the Cubs will compete in 2015 but a World Series title? Well, that’s just Hollywood.