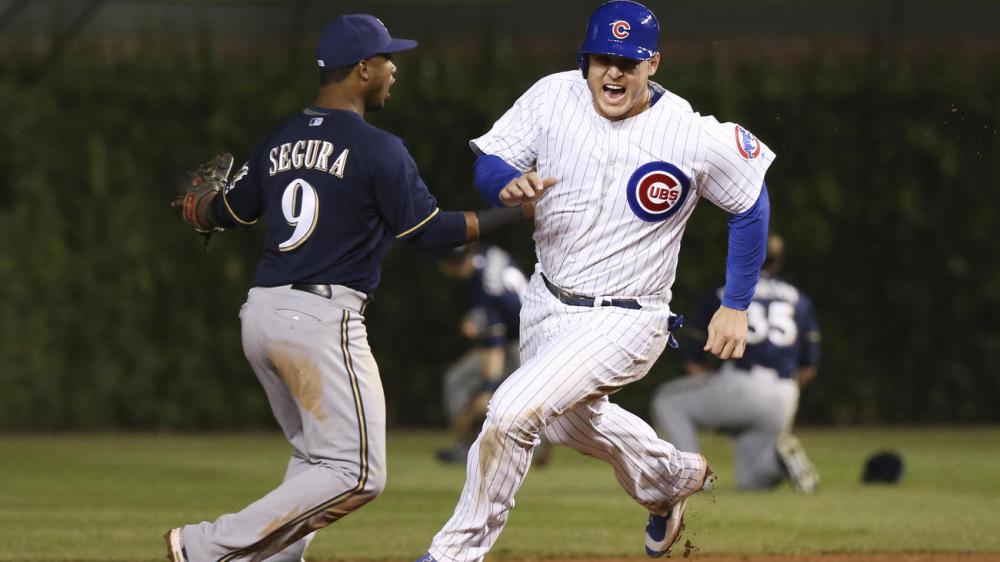 “Sometimes a lot of teams get good in April,” said Cubs second baseman Starlin Castro. “But when you get good in September, it’s good. I think we’ve got a tremendous group, and everybody is on the same page.”

Jason Hammel’s got to break his first inning blues and last night, the Cubs committed three errors against the Brewers.  I’ll tell you, that if and when the Cubs face the Pirates in October, the Bucs won’t let the Cubs get away it.

Now, that being said; the Cubs are a force to be reckoned with. They have Jorge Soler swinging a hot bat and Anthony Rizzo continuing with his MVP calibre season.

“The guys like being around Maddon,” Theo Epstein said. “They feel they can be themselves. It’s fun to come to work every day, it’s fun to be around him. That environment has really accelerated the process with these guys, to not just be big leaguers but [to be] good big league players. We wouldn’t be where we are without the contributions of a lot of first- and second-year players.”

Another thing that hasn’t been talked about with the Cubs success is the confidence from such a young team. Now, wether that transcends into the post season will be hard to tell until the post season. The Cubs proved they can beat the Cardinals, they’ve shown they can go toe to toe with the Pirates and of course, the Cubs have had plenty of one run games this year and in the end the Cubs are currently sitting third place in baseball. Not just the division, not the League but baseball!

Today, Jake Arrieta seeks out his 20th win. Their magic number is four but for Cubs fans the world over, the real number is 2015