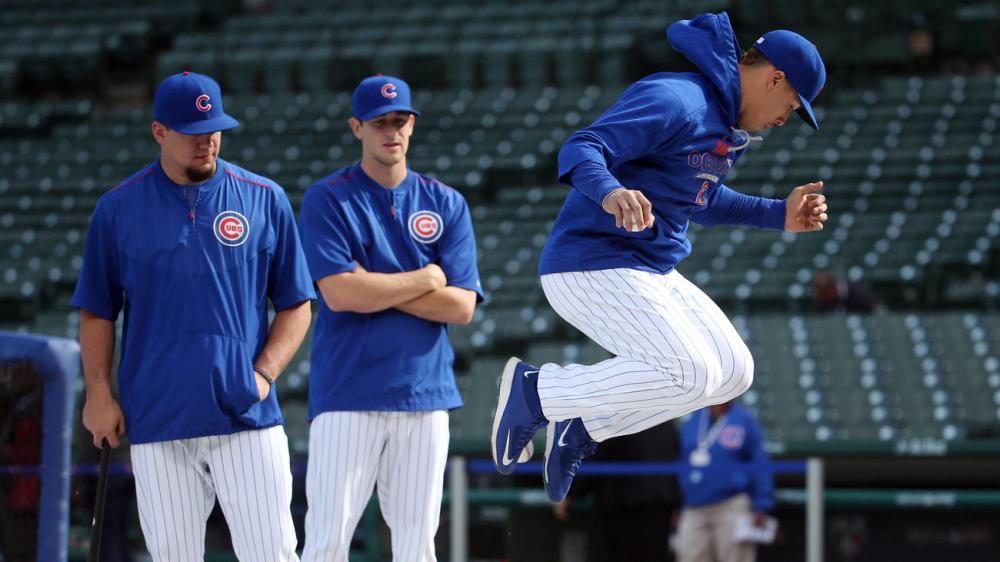 This is what most kids dream about at night. An opportunity to lead a team onto the field for a dramatic turnaround in a major series. It might not be baseball but in this case, tonight, Kyle Hendricks will take the Chicago Cubs out onto the sacred grounds of Wrigley Field with forty thousand plus excited fans, trying to get back into the NLCS.

“These are the starts you want,” Kyle Hendricks said. “It’s a big opportunity for me, but I’ve got to remain calm — keep the ball down and make good pitches. It’s the same game.”

Well, I hate to burst your bubble Kyle, but isn’t the same game. This is game three of the NLCS. This is on your turf and the Chicago Cubs are down in the series 2-0. Then again, maybe it is the same game.

“Yeah, there’s pressure,” Hendricks said. “It’s the playoffs. There’s always going to be some pressure, but you’ve got to let the pleasure exceed that. We’ve heard Joe say it a lot.”

I like Kyle Hendricks. He’s a thinking pitcher, but tonight he’s got to turn his brain off and let the ball do its thing.

Should the Cubs lose tonight, and heaven forbid that from happening, Hendricks will be a better pitcher after tonight. He will learn control and he’ll learn that there’s no time to think about the pitch in October.

Another Kyle that needs to have a big game is Kyle Schwarber. His bat has fallen silent this series, but that’s due to pretty darn amazing pitching.

“The way he’s swinging the bat in the big moments, doesn’t expand outside of the strike zone, stays within himself, great approach, great person, great teammate — I could go on and on about this kid about what kind of person he is as well as what kind of a talented baseball player he is,” Catcher David Ross said. “He’s a pretty good catcher, too, that nobody’s getting to see, in my opinion.”

So tonight, get ready because the balls will be flying over that scoreboard and the New York Mets will be given a not so warm welcome to Chicago.