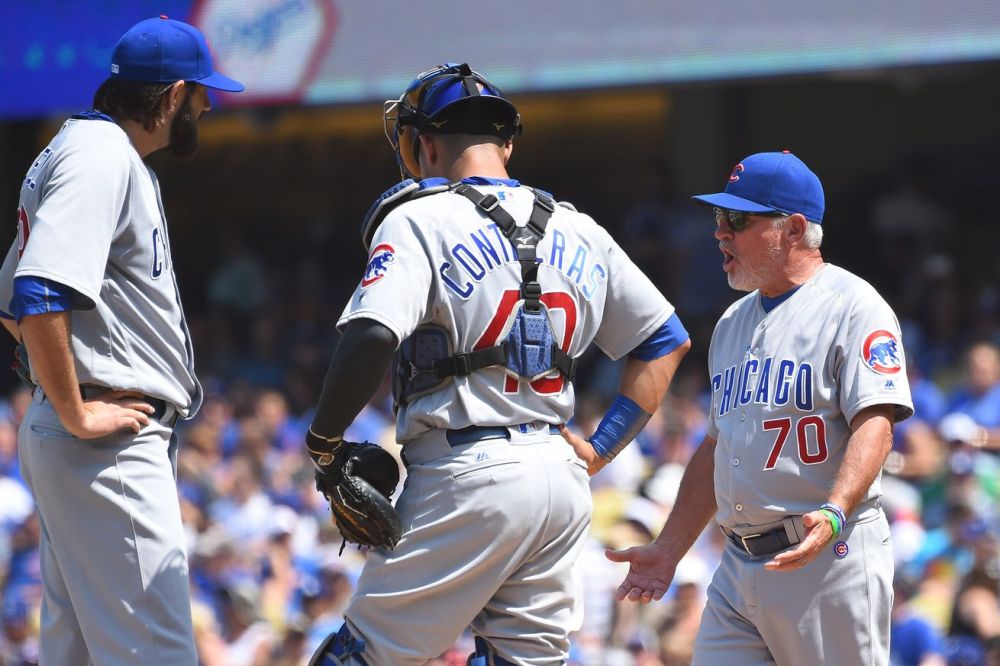 Even though baseball is a past time and a sport, the frustration can get to players, just ask Jason Hammel after he was pulled with just 39 pitches in yesterday’s close loss to the Los Angeles Dodgers 3-2.

“I didn’t even pitch today in my mind,” Hammel said. “I barely threw 40 pitches. This is a side day for me, pretty much.”

It’s gotta be hard for baseball players when they get yanked from games. I mean every player thinks they’re good and they can contribute to the team. I’m not saying Hammel’s a bad player, not that at all, but yesterday just wasn’t his day and I’m sure he and Joe Maddon had some choice words for each other.

“Of course, he didn’t like what I told him, but I had to tell him, and that’s cool,” Maddon said. “I’m not going to make up an excuse for why I did what I did. It has nothing to do with lack of confidence or any other issues.”

It’s also a sign of a great team when the players fight for staying in the game. I believe that  with this kind of attitude, the Cubs are going to go places in the playoffs.

The flip side is that Hammel will be rested for his next outing.

There’s an interesting story in the New York Times about Caitlin Swieca( @CaitlinSwieca), a Cubs fan who has found a way to put the Aroldis Chapman situation into a positive. She’s pledging $10 for every save that Chapman earns to fight domestic violence.

There’s a lot of conflicting attitudes towards the signing of Chapman. There’s no disputing his pedigree on the field, but there’s no excuse for what he did off of it. I think what Caitlin is doing is fantastic and a good way to cheer for Chapman because I’m finding it very difficult to do that.