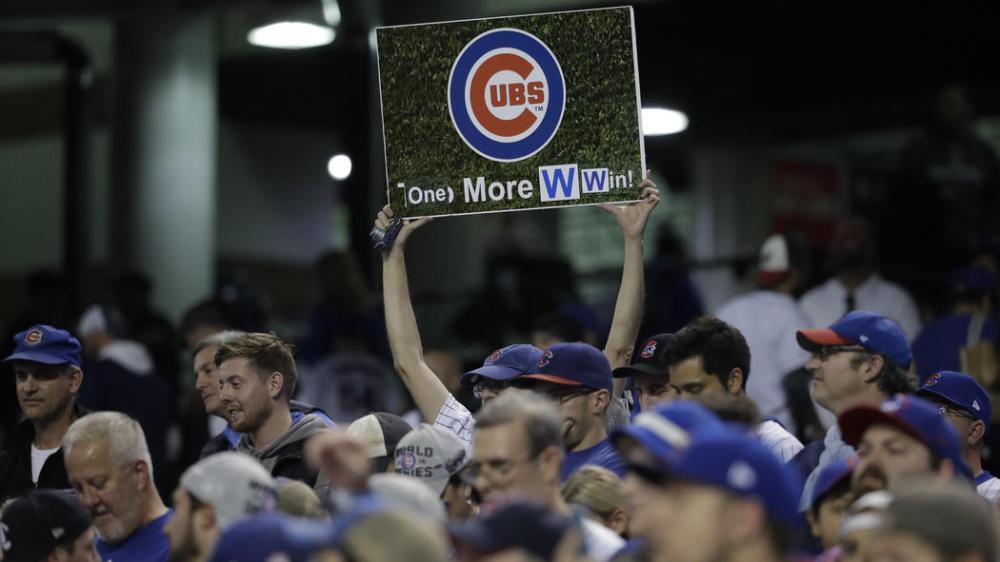 The Chicago Cubs accomplished the near impossible in their 9-3 demolishing of the Cleveland Indians to force a game 7 tonight. They came back from a 3-1 series hole to tie it. When young Addison Russell hit his grand slam, the packed Cleveland crowd fell silent and suddenly, the hearts of Cubs players beat a little faster. In fact, Russell became the second youngest player in the history of the game to hit a grand slam in a World Series. Geez, they have stats on everything.

“I think tomorrow we’re going to come to the clubhouse with a lot of confidence and a lot of energy,” Russell said. “Game 7, it’s a kid’s dream.”

Tonight, one team will hoist the Commissioner’s Trophy. Tonight, the Chicago Cubs have the chance to end the longest championship drought in sports history. It’ll be one of the most watched sporting events in the history of broadcast television.

Joe Maddon’s decision to move Kyle Schwarber to the number 2 position proved to be the difference in the game. It provided a cushion for Kris Bryant and Anthony Rizzo to do their Bryzzo things. They did. Each got a solo home run and the Cubs never looked back.

The head scratching began when Maddon made the call to the pen in the seventh for Aroldis Chapman. Why would he call Chapman with the Cubs having such a huge lead?

“I mean, seventh inning there because they came up, the middle of the batting order was coming up — Lindor, Napoli, Ramirez possibly — all that stuff,” Maddon said. “So I thought the game could have been lost right there if we did not take care of it properly.”

So here we are Game 7 tonight. This is the night that every Cubs fan has been waiting for. It’s fitting that Kyle Schwarber will bat probably second. It’s stunning and thrilling that Aroldis Chapman has pitched more than he has in such a long time. He might be tired, he might not. Is he ready?

“One hundred percent,” Chapman said through Cubs translator Mateo Moreno. “Last game? Of course, yes. I’m ready for whatever he asks me. I don’t recall [throwing so many pitches]. It’s only mental. It’s the seventh game, the reason they brought me here.”

Kyle Hendricks gets the start. My favourite player in baseball’s most important game. Baseball’s ERA leader for the season and NLCS hero over the Dodgers and Clayton Kershaw has an opportunity to go into the history books. It’s fitting it should end this way. Whether the Chicago Cubs win or lose tonight makes no difference. They fought back in the World Series to be at this point. Underdogs to the end. That’s the Chicago Cubs way.

“Anybody who plays this game grows up dreaming of winning a World Series,” Kris Bryant said. “You know, we get to play in a Game 7. That’s pretty special.”

We get to watch the Chicago Cubs play in a game 7, that’s pretty special too.