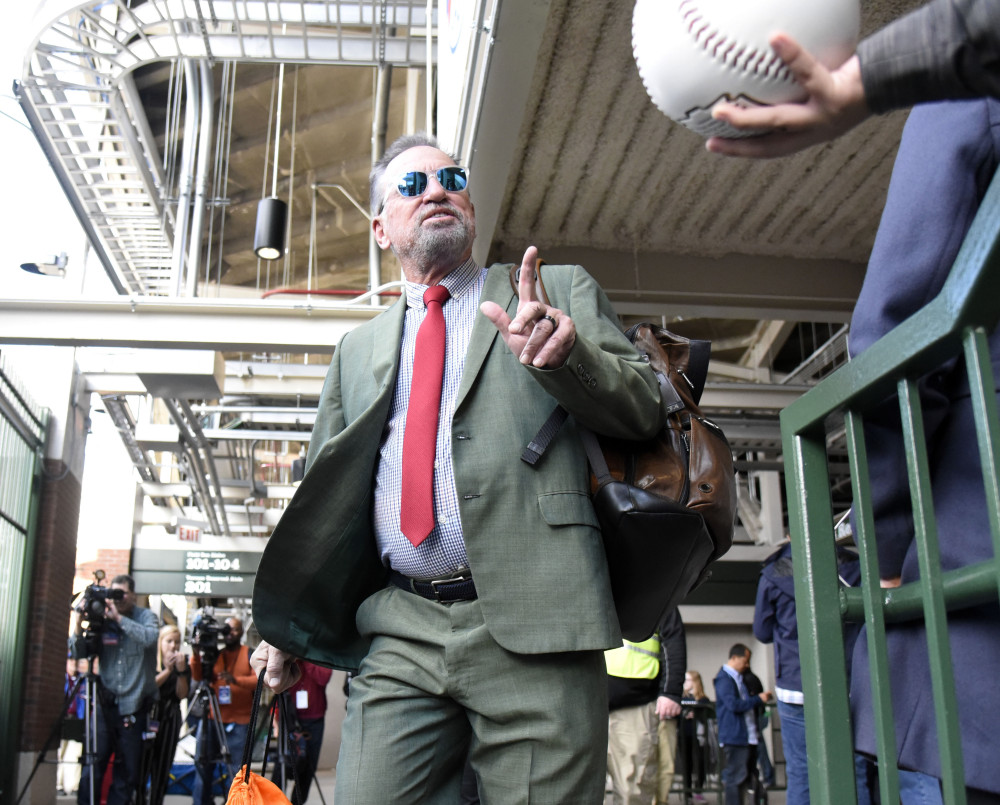 The Chicago Cubs have become a home run machine after taking the series from the Giants in a 5-1 victory. Three home runs were hit with Kris Bryant, Jason Heyward and Ben Zobrist launching rockets into the Wrigley Field bleachers.

“As a group, we did a great job of getting back to keeping it simple and not trying to do too much,” Heyward said. “Just try to take it easy and relax and have a good approach (at the plate). Be aggressive in the strike zone and kind of make them come to us.”

They’re getting contributions from everyone and including Heyward, who has had to tweak his swing during the offseason. Either it was his speech in last fall’s dramatic and historic game 7 World Series that prompted him to adjust his swing or he’s cashing in his first pay check from the Cubs, Heyward is a much better player this season at the plate.

“I don’t feel you can ignore [last year],” Heyward said. “You have to be aware and make adjustments. We’re going to fail way more times than we’ll succeed. That’s why it’s a humbling game. You always take failure and learn from it and go from there.”

With the win, the Cubs now take over top spot in the Central Division(In my humble opinion, it’s a spot where they belong)before heading to Los Angeles to take on the Dodgers. It’s not that I hate the Dodgers but rather they make me nervous. They’re so good and it’s a west coast game so it’s on really late. People can talk about winning their divisions but these west coasters are the games to win. They’re the kind of games that can mess a team up in their rhythm.

“We don’t care about last year,” Heyward said. “It’s not going to do anything for us now other than having experience. Right now is right now. We have to go play tomorrow, and that’s going to be another thing. … Last year was awesome, but we have to play right now, and I feel right now we’re doing a great job playing baseball the way we can collectively and let things come to us. We’re not trying to do too much, not trying to create excitement. It’ll be there.”

Heyward is right. Last year was awesome and perhaps unique. This season the Cubs are out to prove that they’re champs and put a stamp on the World Series. So, as the Cubs hit the road in Anchorman style, if Joe Maddon’s motto from last season, “Try Not To Suck” this year is,