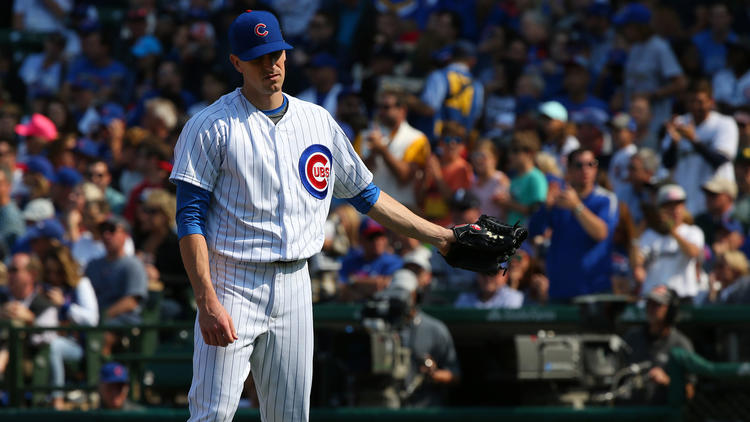 I guess the best part about the weekend series against the Milwaukee Brewers was, in fact, the return of Willson Contreras.  The Cubs were swept yesterday with a score of 3-1. It was a crucial series with both teams vying for the lead in the National League Central division. With the Brewers sweep, the Cubs only have a two game lead.

“We’ve been in so many different ballgames and so many different situations between this year and last year. We know what we need to do. As far as attitude, team demeanor, grinding pitch to pitch, we’re doing what we can.” Kyle Hendricks said after the game.

Having Contreras back at this time of the year will hopefully pay huge dividends for the team. They have a day off today and then face the New York Mets, a great chance to make some of those wins back. Pittsburgh will play the Brewers and they’re on a five game losing streak.

Do the Cubs need retooling or some inspirational speech going down the stretch?

“There’s nothing I could say to them that would make a difference right now,” Joe Maddon said. “They need to see consistency from me.”

It’s true, at this stage of the game, the Cubs know what needs to be done and no manager’s cliched speech filled with, “We need to get runners on base, score or execute pitches” isn’t something the team needs to hear or hasn’t heard before. Of course, when Jason Heyward delivered his now legendary locker room soapbox chant sermon, the Cubs hadn’t had a championship in over a hundred years. This year it’s different. The Cubs know what it takes to win.

“You go over and ask that [Brewers] clubhouse what happened when they got swept by Cincinnati — it’s the way the game goes,” Heyward said. “It’s baseball. I’m not saying, ‘So what?’ but that’s part of the game. Teams will pitch well sometimes, sometimes you’re not going to hit well, sometimes balls will go at people, sometimes it’ll be what it is.”

That’s true also, otherwise it wouldn’t be a sport. Some folks might say, “Well, at least they won.” However, I’d like to see last year’s dominance take hold during the post season and the Cubs march on to a dynasty.