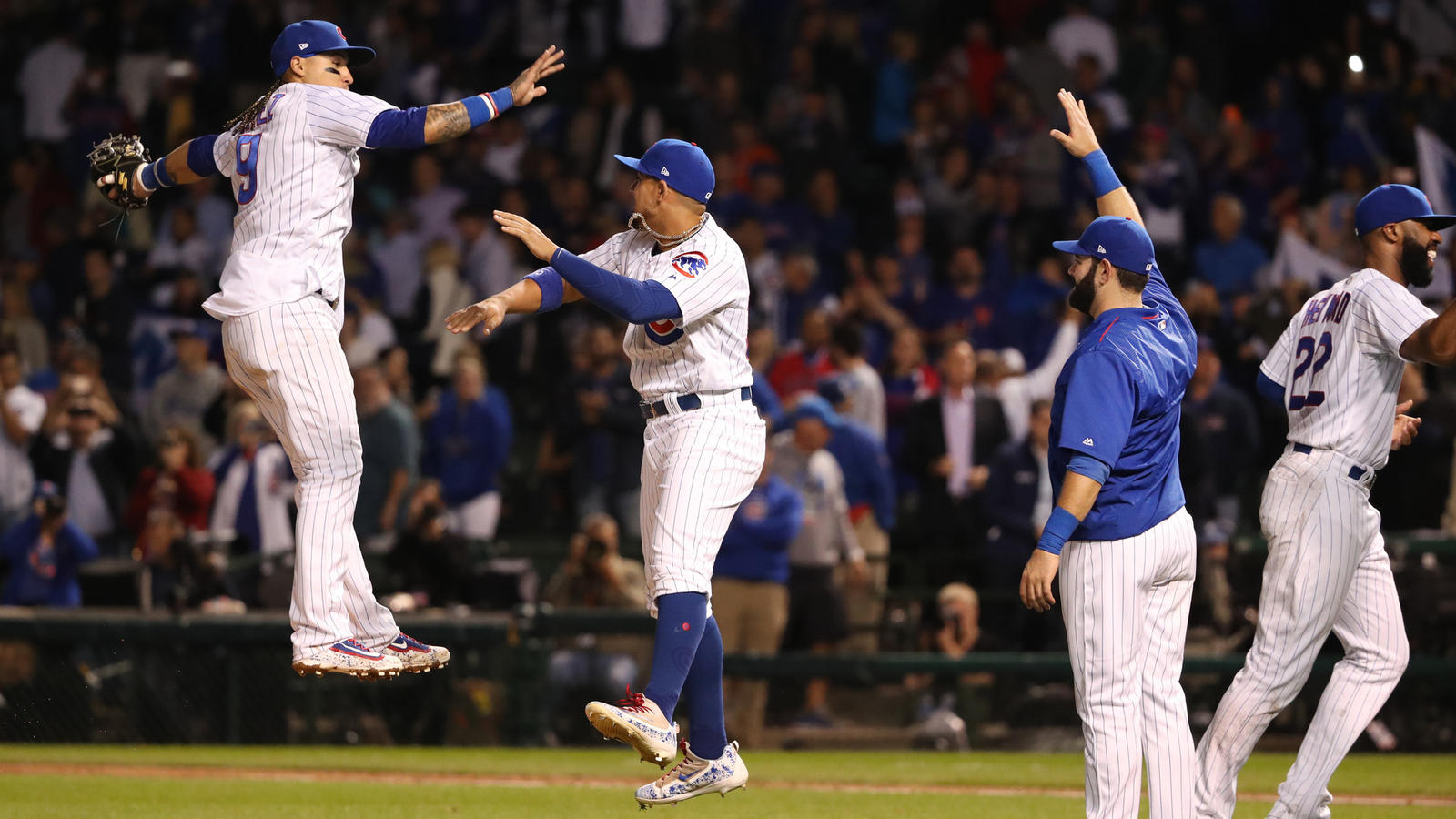 The thing with professional sports is that it’s thrilling to cheer on a team or individual going for records or championships. Whether it’s last year’s Cubs or this season’s Cleveland Indians going for their 21st straight victory, heck, you can throw in Giancarlo Stanton’s home run quest. We love to see underdogs break records. In many ways, this year’s reigning World Series Champion Cubs are the underdogs going into the playoffs.

They won 8-3 over the New York Mets but truthfully, the Cubs should have had a better record this past month.

“This time of the year, it’s fun to be us right now,” said Kyle Schwarber, who tied a season high with three hits. “We’re being chased. There’s not a better feeling than playing some really good baseball games down the road.”

Well Kyle, there is a better feeling and that’s having clinched the division at this point in the season. We all know that the Cubs have had an up and down season. They haven’t been playing at their peak level like last year. I think on paper, they’re a bit better team then they were last season but as in professional sports, there’s a certain degree of luck attributed to their success.

“It’s unrealistic to believe these other teams aren’t going to press you a little bit. They’re good. Milwaukee has gotten better and St. Louis is St. Louis. It’s a bad method or thought process to think they’re going to fold. … You’ve got to play the games and you’ve got to win. It’s not about anybody else. Cubs win, none of this other stuff matters.” Joe Maddon said.

Perhaps that the Cubs have had to struggle more this season as Schwarber said about being chased, which last year they weren’t being chased but I suspect that other teams were unprepared with the Cubs staggering offence.

No, there isn’t. For fans wanting to see their once dominant team struggle to get into the post season, there’ll be a lineup at the manicurist after the season’s over. This is the time of the year when all logic has to be thrown out the window. Switch up the leadoff hitter or the pitcher not hitting last but they have to pull out all the stops. The Cubs need to move the runners and get creative.

“People always make suggestions, but then you look at the names,” Maddon said about Javier Baez. “For me, where do these names fit best for that day based on 1 through 8? For me, I still like him there. … If he’s eighth for you, that’s pretty good. That’s kind of a nice thing too. You like to have that scariness all the way down 1 through 9.”