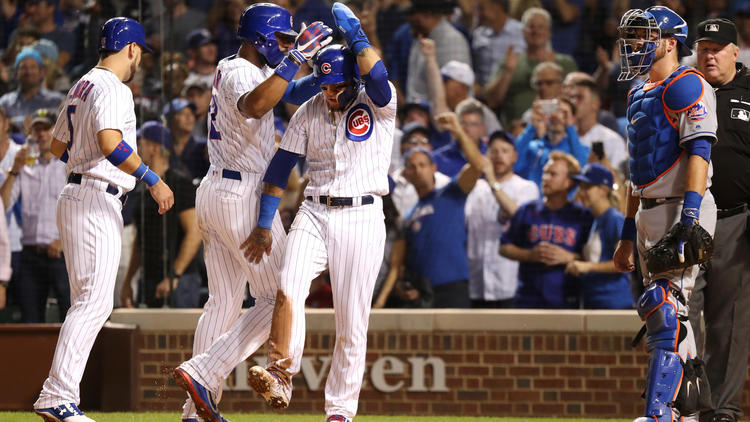 The Chicago Cubs 14-6 victory over the New York Mets signalled two things. How bad the Mets are or who potentially awesome the Cubs could have been all season long. Oh, the other thing signalled was how frustrating two back to back 14 plus runs games are when your fantasy league schedules you for a bye week and the majority of your players play for the Cubs. Yeah, I’m pointing my finger right at you Albert Almora.

The Cubs swept the Mets which is exactly what they needed to do at this point in the season. They open up a somewhat crucial series against the St. Louis Cardinals, who are vying for that coveted playoff spot as well.

“I probably shouldn’t take Clark [Street]. Just go down Lake Shore [Drive]. It’s a good thing, I love it. It’s good for the city, it’s good for baseball. It’s good for your growth moments as a baseball person in the National League. It’ll be exciting. One at a time. Try to get a nice one-game winning streak going tomorrow and move on from there.” Joe Maddon said.

If the Cubs haven’t really dominated this season the way that the Los Angeles Dodgers have done on the west coast, they do have a chance to turn those tides heading into the post season. It’s true that there are probably some cliches out there that veer towards not mattering how you get into the post season, but how you get out of it, is probably going to be on Maddon’s next T-Shirts that he issues to his players.

“It’s up to us to maintain what we’ve earned up to this point,” Maddon said. “We’re very capable of doing that. The Cardinals have done it for many years, in terms of winning championships, the level they’ve played at. I think it’s interesting, entertaining, great. I love being part of it.”

The Cubs certainly have the tools to get the job done(sorry, that one slipped out) and Anthony Rizzo and Kris Bryant are hitting, it’s going to be an interesting post season. Realistically, the Cubs have a slim chance but they do have a chance.

“Familiarity,” first baseman Rizzo said. “We’re really familiar with them. We see [Carlos] Martinez, [Michael] Wacha and [Lance] Lynn all the time. We know what they have. We know their bullpen. On the other side, they know what we have.”

Geez, it seems like this St. Louis Series is a playoff matchup or something?

“We have to beat better pitching to win this thing,” Maddon said after Thursday’s win. “You have to score runs with outs. We’re scoring runs without homers, sometimes, which is nice to watch and see, execution-wise.”