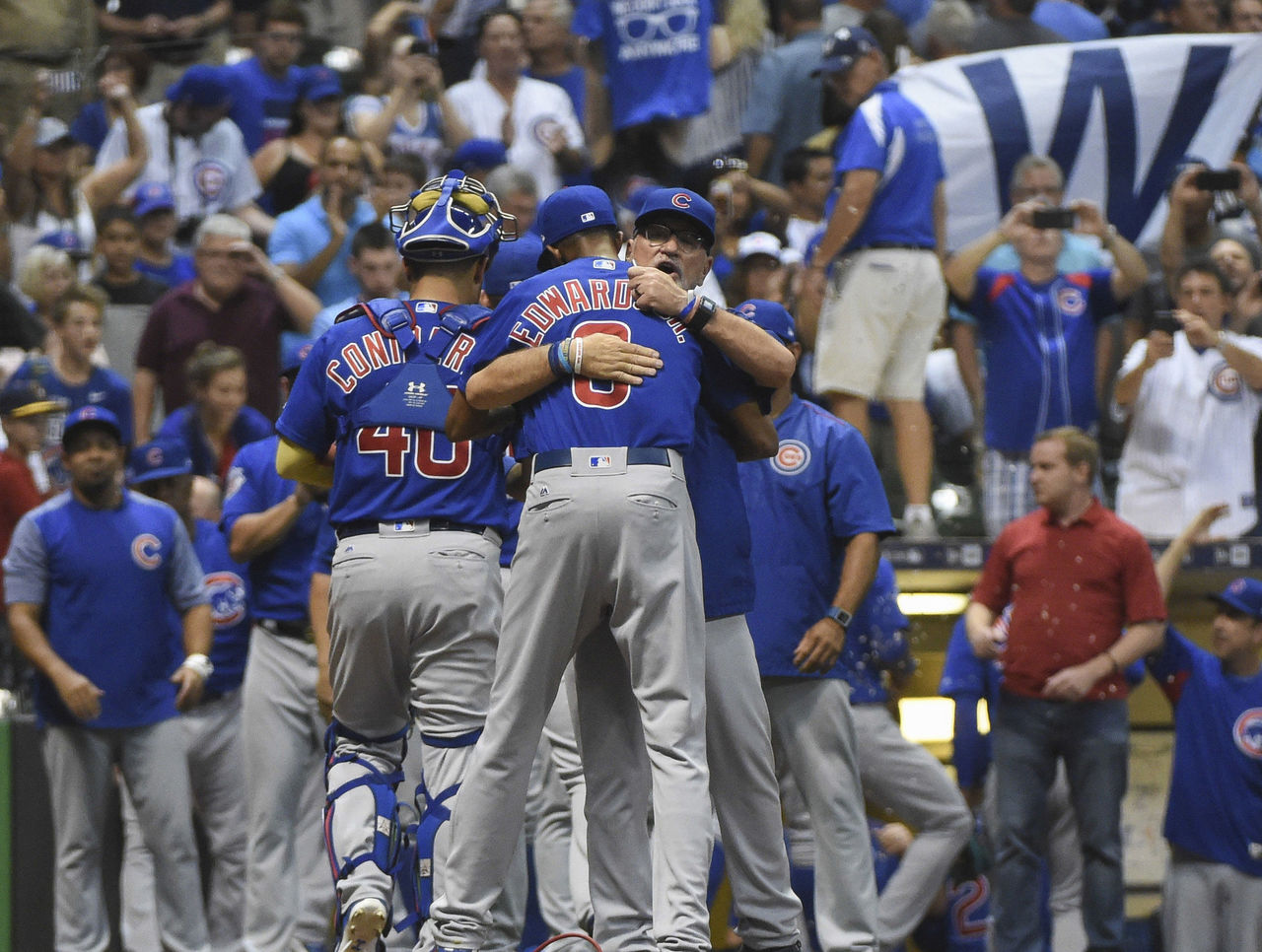 The Chicago Cubs magic number is 5 after another thrilling extra innings victory over their division rivals Milwaukee Brewers 5-4.  This will be the second year in a row if the Cubs can hang on to crown the division.

It came down to Tommy La Stella‘s drawn up walk in the tenth inning and let me tell you,  just speaking on Milwaukee’s behalf, there’s no worse way to lose a game then an extra inning walk.

“He has not played in a bit and he goes out there, not too eager,” Maddon said. “Slowed everything down. Accepted his walk. Young players today, many are not willing to accept their walk.”

Just having those empathetic feelings for the Brewers.

It wasn’t just La Stella’s play but the bullpen, normally an iffy spot for the Cubs, pulled it together when Carl Edwards Jr. pitched in the extra innings. The big thing that was impressive about his appearance was the coolness on display. The Cubs might have to call upon him soon in the post season and these last games of the year are the warm up to that post season magic.

“That’s what we have to do,” Edwards said. “In order for us to all get what we want to get and do what we want to do in life, everybody has to step up, and the good thing is everybody is stepping up so we can go to anybody in the bullpen at any time to get us out of a big inning or just stop the bleeding.”

Today is another important game because Kyle Hendricks is pitching and he’s coming off of his longest outing and looks to continue that success into the post season. He’s in his groove and the Cubs have quickly forgotten that dreaded first half of the season.

“It’s always different, every team is different and you find a new way,” Ben Zobrist said. “You have to find a new way to win and a new way to make it interesting. There’s a lot of the same characters as last year [on the Cubs], but with new characters, it changes the mix a little bit. It’s the same intensity and want to win as those other teams but in a different way.”

It’s true that the Cubs have to win in a different way. If last season was all about not quitting, then this season is about honing what they’ve learned in that post season and fine tuning their skills so they can come back in those extra innings. Are they a better team than they were last year? It’s difficult to say because they’re a different team.