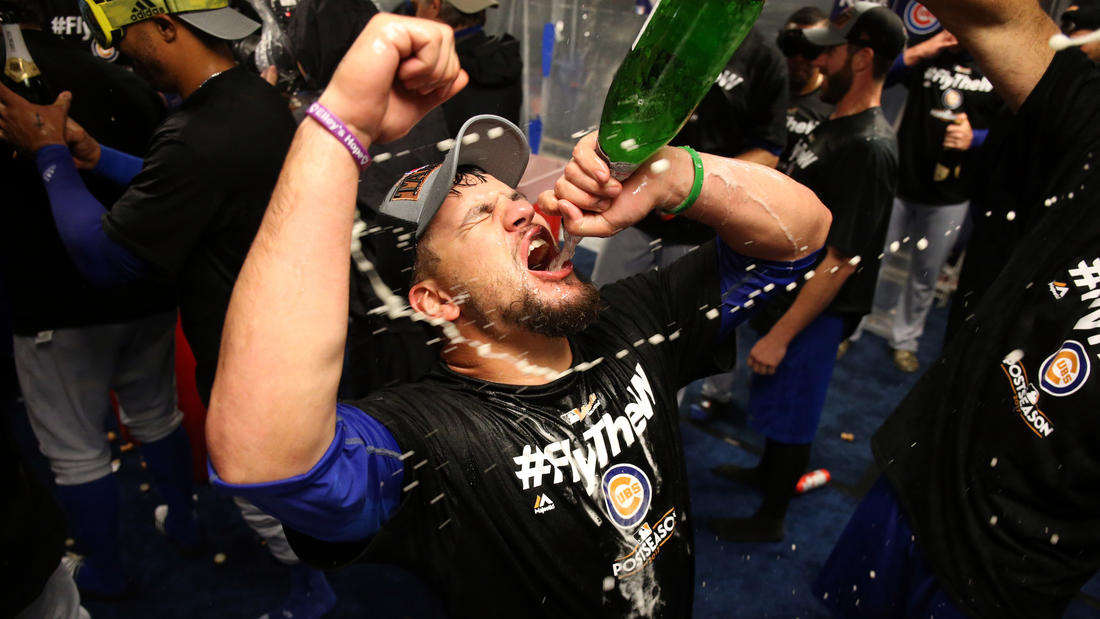 Last night was one of the most frustrating games I’ve ever seen. The Chicago Cubs are NLDS Champions and advance to the NLCS to face the mighty Los Angeles Dodgers after a 9-8 victory sending the Washington Nationals golfing for another year.

“I would say this is the most fun I’ve had playing in a baseball game, and it ranks right up there with winning the World Series,” Addison Russell said.

You know, he’s right. It would come close to winning the World Series, I mean he should know, right? It seemed both the Cubs and the Nationals expired their pitching order respectively in an attempt to thwart each other and win the NLDS. Neither starting pitcher could get it done with Kyle Hendricks or Gio Gonzalez. To give you an example about how weird the game was, Hendricks threw seven strikeouts and Gonzalez had six. If this were any other game, those would be decent numbers but not last night; The Cubs wanted to go on to their third NLCS while the Nationals haven’t won a series in 36 years (going back to the Expos)

“This was such a tough series, just a dogfight,” said Cubs right-hander Kyle Hendricks, who started the series’ opener and finale. “You’ve got to tip your hat. That club on the other side is really, really good. Lot of tough ballplayers over there. Top to bottom, they’re just so deep. We’re just lucky we were able to come out on top.”

Luck being the key word. This series truly would have gone the other way and normally I cringe when athletes “Tip their cap” to their opponent but in this case, it’s justified. I’ve never been more nervous watching a ballgame then last night.

“Really anxious, almost bemused at some of the things that were happening in that game,” said Theo Epstein, the Cubs’ president of baseball operations. “It was kind of a surreal game. We got all those runs with only one big hit to drive in runs, and then it was a matter of just holding on, finding a way to get 27 outs. It seemed impossible at times.”

Trust me Theo, it looked impossible from this end as well. When they say a pitcher’s duel, they included when the pitcher’s performances were sub par as well. If there were a way to get 27 outs without throwing strikes, this was the game.

“That’s one of the most incredible victories I’ve ever been part of,” Cubs manager Joe Maddon said. “Under the circumstances, in the other team’s ballpark, after a tough loss at home [in Game 4], to come back and do that, give our guys all the credit in the world.”

The NLCS begins tomorrow night. I hope the Cubs have one of their” fun days” and try to relax because one thing that this year’s edition of the post season has shown us is that the Cubs are out to prove last season wasn’t just plain old luck. However, the Dodgers are rested and the Cubs’ machine is well oiled.