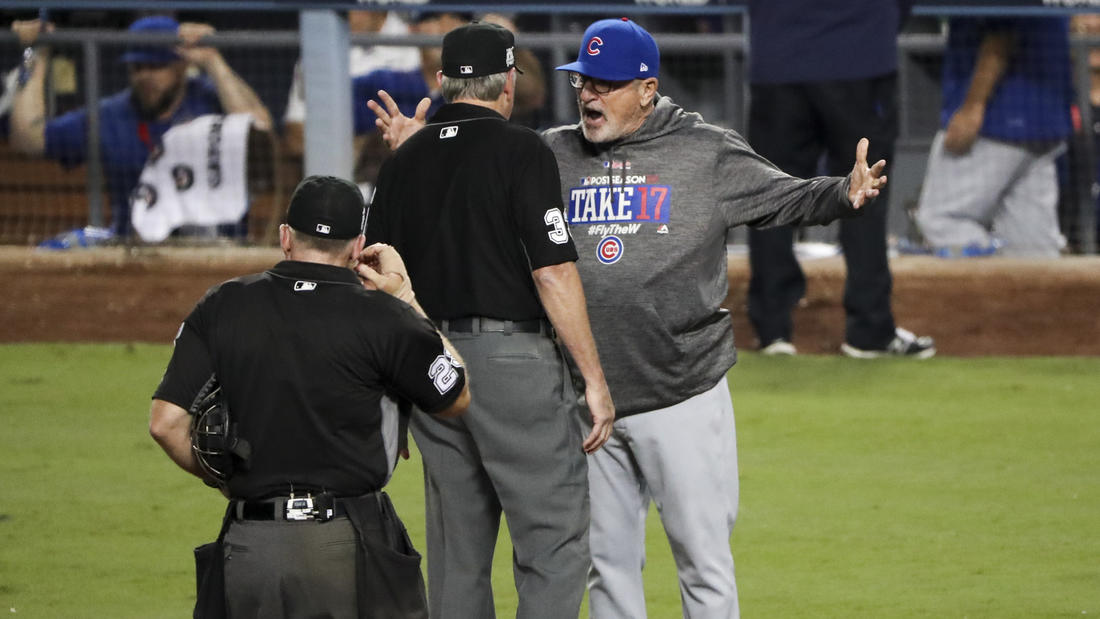 We knew going into the NLCS that it wasn’t going to be a cake walk. The Los Angeles Dodgers had an amazing season and of course, if it wasn’t for the first half, the Cubs would have given them a tough go at first overall. Last night’s exhaustive 5-2 loss came as no surprise.

“[The Dodgers] won 100-plus games for a reason,” the Cubs’ Anthony Rizzo said. “They have a really good bullpen. It’s just about bringing those guys into the strike zone. They don’t really have guys who give in.”

Neither do the Cubs. There is good news about yesterday’s game. If the Cubs play their cards right, they probably won’t have to face Clayton Kershaw again, although we know that nothing is written in stone.

Two things that did the Cubs in was the play at the plate where Willson Contreras allegedly blocked the plate, it was the right call but it wasn’t done intentionally. Both players were doing their jobs. Unfortunate yes, but the Cubs should rebound tonight.

“I have all the faith in the world,” Joe Maddon said. “You have to trust your guys. You have to trust the conversation and I do. Jonny said he feels great, so Jonny’s pitching. And furthermore, this time of the year, these kind of battle-tested guys under these circumstances — they look for these moments.”

I do too. The Cubs were beat because of their thrilling series to the Nationals. They were exhausted beyond compare and up against the well rested Dodgers, it was inevitable that the Cubs lost game 1.

Tonight is what I’d call a do over. Lester is a competitor and a pro. A big difference in the outcome.

Oh, that other thing that beat the Cubs was the weirdness of Yasiel Puig. His bat flip was justified but I think he’s a pariah to the Dodgers. In a post game interview, Puig said it wasn’t his first career post season home run, when in fact, it was.

He was spotted near where I live in Kingston. The pizza joint is called The Pizza Place    Now, it’s always thrilling seeing Bill Murray in the crowd at Wrigley and I’m assuming that he’ll be there when the series returns home.

Tonight, 8 O’Clock the tides will turn in the series.

“It’s a series, so we just have to come at it the same way and just not panic, really. Just go in with the same mindset and just be ready [on Sunday]. I think we’re going to come in here with clear minds and an upbeat attitude and ready to get after it.” Addison Russell