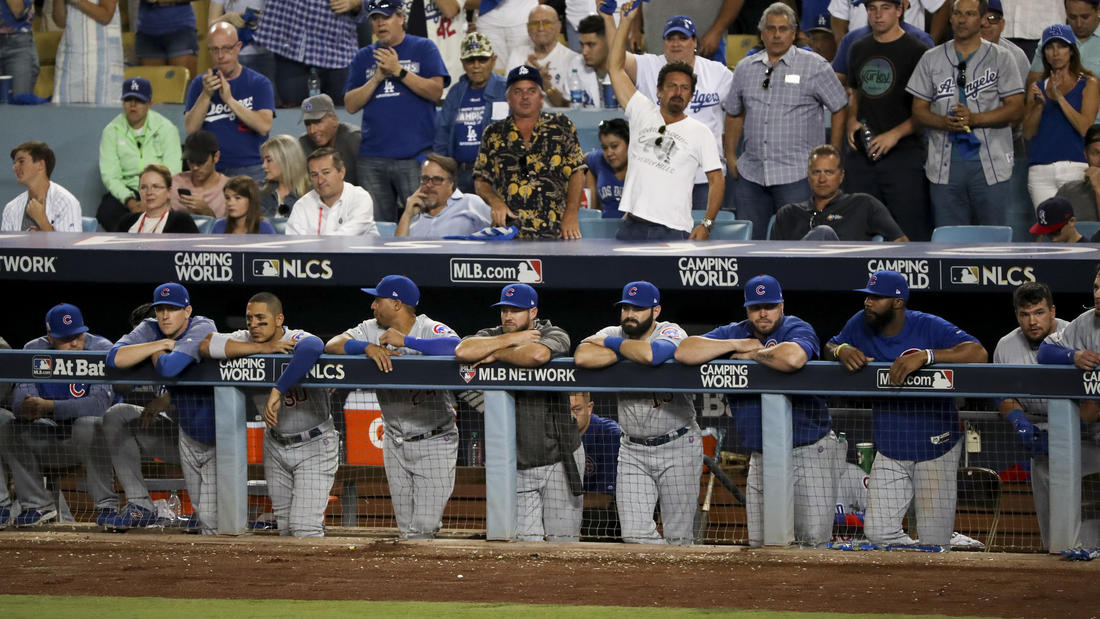 If the Chicago Cubs go on to lose the NLCS then it’ll be on Joe Maddon’s shoulders. There I said it. I say this after the Cubs were downed by the Dodgers 4-1 and now the Dodgers have a two game lead going to Chicago on Tuesday.

Sure, Kris Bryant‘s bat has gone silent, in fact, the rest of the team has been quiet in this series. Nobody can blame it on stellar pitching because both rotations have been in a state of flux. The fact is that Jon Lester should have stayed in for another inning or even a couple more outs. Carl Edwards was good for another few outs and well, Brian Deunsing was pitching really well, so I don’t quite understand what went wrong there? Oh wait, I’m sure everyone’s scratching their heads over the use of John Lackey. The guy has never pitched back to back games in his life.

“I really just needed him for the save tonight,” Joe Maddon said. “He had limited pitches. It was one inning only, and in these circumstances, you don’t get him up and then don’t get him in. So if we had caught the lead, he would have pitched. That’s it.”

It’s really going to come down to the Cubs scoring more runs and Maddon not playing hot potato with his bullpen. Kyle Hendricks gets the start on Tuesday. He’s well rested and he needs to put up a performance for the ages, at least seven innings. Carl Edwards Jr relieves him and then it’s Wade Davis’ turn to shine.

“All you’re focused on is making pitches,” Hendricks said recently. “That’s my job and it never changes — no matter regular-season game, postseason game, no matter who you are facing on the other side of the mound. My focus is to go out there, make good pitches, rely on my preparation which I’ve done all year long. But when it comes down to it, when those lights turn on, you just have to execute pitches better than the other guy.”

The Cubs have been down in a series before and fought back, we know this and we know the results. They needed that win in LA, but not all is lost. They win three at Wrigley and take one back in LA. Easy Peasy, right? Bill Murray will be there to cheer them on and the momentum is clearly in the Cubs corner.