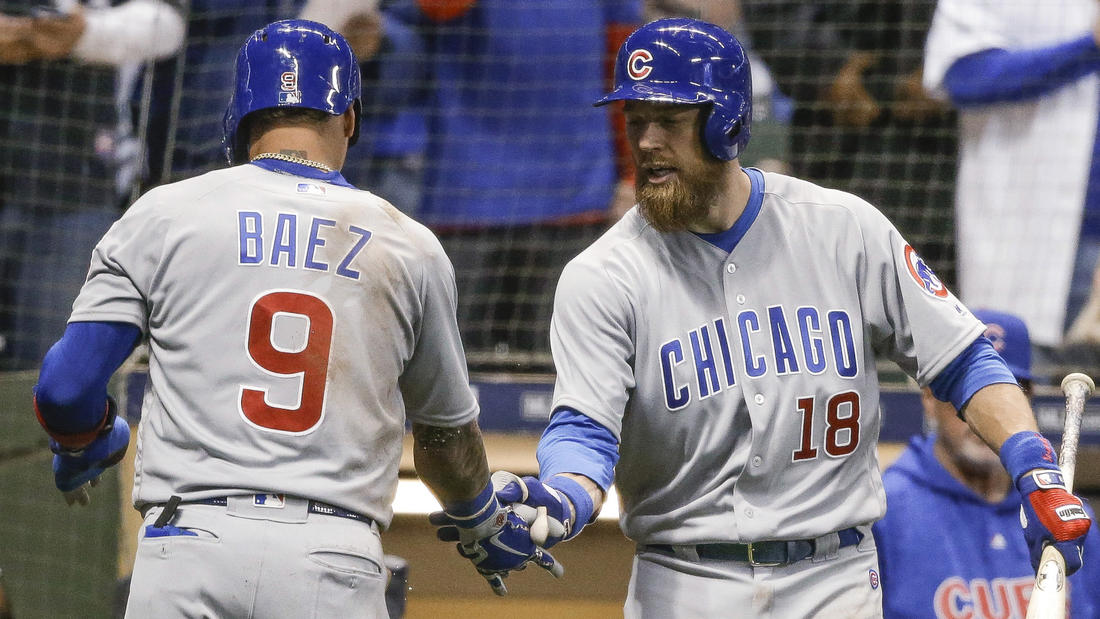 Nobody can say that, “It’s only April” anymore, the Chicago Cubs and the rest of the league are well into the 2018 season. Even though the Cubs/ Brewers series seemed a little lopsided on paper, the Cubs weren’t going to take anything for granted, especially their newish arch rivals. Last night, the Cubs opened the series with an 8-0 destruction of the Brewers.

“When you make mistakes on defense and the other team takes advantage, it normally does hit you in the solar plexus a bit,” Maddon said. “Javy’s had that kind of experience on the bases. He’s always heads up. If you watch him, he’ll look behind as he’s running to see what’s going on. Going back in the day, you’d see [Willie] Mays do that a lot. [Baez] has got extraordinary instincts on the bases.”

There were a lot of miscues and mistakes that the Cubs took advantage of especially Javier Baez who can read plays like very few can in the MLB. It helped a bit when the Brewers committed error after error. I’m not saying they played poorly but the Cubs capitalized on just about every opportunity brought their way.

“Javy never ceases to amaze people with what he’s able to do on the basepaths, let alone everything else,” Jon Lester said. “He’s always going to play the game aggressively, and it’s always going to work out for us. I think the slide was more impressive than him reading that ball and getting home. That’s always a nice thing to have on your side.”

The run for home is something Cubs fans would love to see more of this season.

“I had a good jump and the ball took a little bit to get to him and he speeded up a little bit,” Baez said. “Right before I stepped on third base, I turned and [Cain] bobbled the ball, so I kept going. They let me run the bases how I want to. I obviously have fun out there. If you pay attention to where you need to be and wherever the sign’s coming from, you know everything. At that moment, I was reacting to the play and hustling down the line.”

Last night’s win was an excellent chance to dust the dirt from the pants and get back in form. I loved the lineup last night and seeing Ian Happ back at lead off was a welcome return. The other player that looked really good was Ben Zobrist. Maddon has a thing for Zobrist and last night showed why.

“He’s been seeing pitches,” Maddon said. “He’s been hitting the ball hard. Putting him and (Ian) Happ in front of KB and (Anthony) Rizzo, I thought it might help a little bit to feed those two. And then you move everybody else down, which isn’t a bad thing. Zobrist has really looked good at the plate so I thought it was wise to get him back up near the top.”

It was a very wise decision. The other decision is what to do with Jason Heyward?