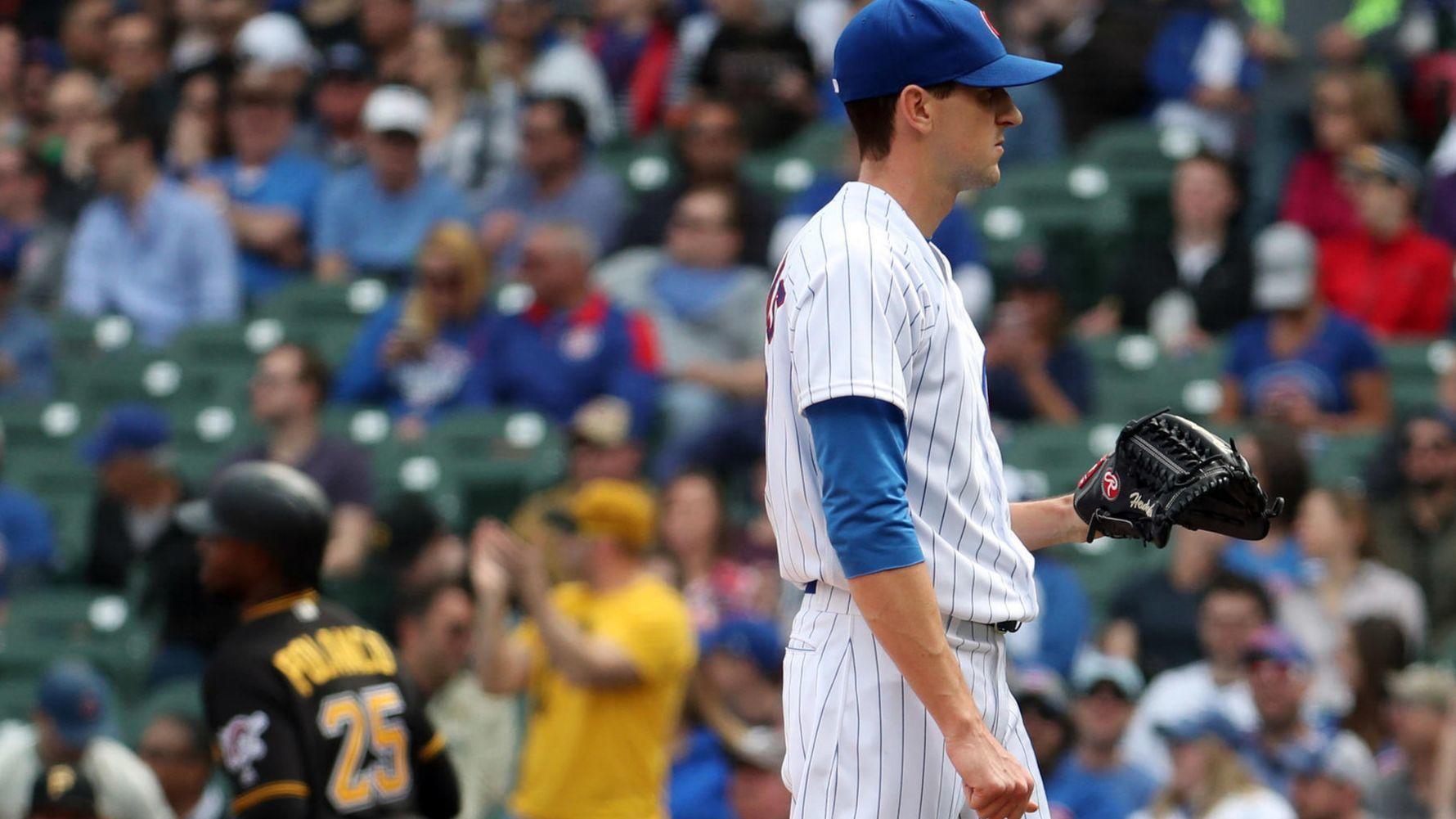 I’m going to blame it on the cold weather. but in the Chicago Cubs’ 6-1 drubbing at the hands of the obscenely mighty Pittsburgh Pirates, the Cubs just couldn’t get it done. Well, at least I’m sticking to my cold weather theory. I think it must be hard for a guy like Kyle Hendricks to deliver the control that he’s so accustomed to in the cold weather. Then again, the Cubs do miss Anthony Rizzo.

“It’s definitely early,” Kyle Schwarber said. “I think we’d like to piece some wins together. We’re not going out there and pressing for that. We know if we go out there and do what we need to do, things will happen. It’s just been an unfortunate series of events with everything that’s going on. We’ll keep going out there and playing our ballgame.”

The problem is that in baseball, unlike other sports, a team can’t win one, then lose one and keep up the pace. In football, a team still has a chance to make the post season if they keep that pace or in hockey, they can rely on points but baseball, man, that’s a different breed altogether. It’s almost like pinpointed accuracy in the standings. Teams have to win April and August if they want an outside chance of competing.

“In the snap of the fingers, it went from balmy to embalming, I guess,” Joe Maddon said. “It got cold very quickly. You could see the wind came on. It did impact. The ball still carried, it seemed. It was two different ballparks completely. That’s the beauty of the place.”

So there you have it. It’s got to be the cold. Then again, Hendricks style of pitching has to be bang on, if he’s off just a little bit, it’s harder for him to get his game back. We’ll have to wait and see when Rizzo gets back. Pittsburgh is good and I’m a little scared in the standings on how they’ll be this season. The weather’s been funky and so has the Cubs’ game.

Up next is the Atlanta Braves and man, do I hate that team. Their records are similar and I hope the Cubs stick it to them. Yu Darvish gets the ball in his Wrigley debut. This is the series, the Cubs get it back.