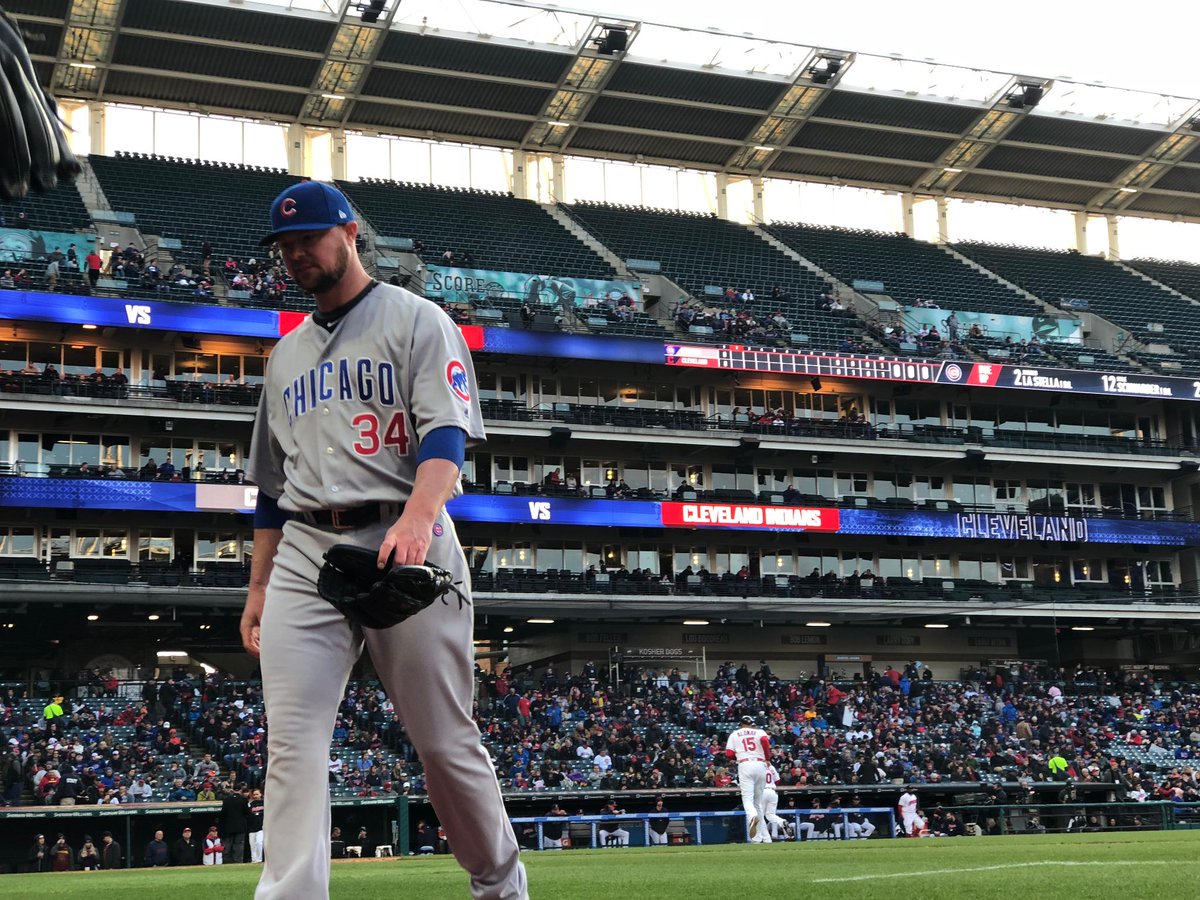 The Cubs, without Kris Bryant in the lineup, were downed by Cleveland 4-1. They went into the game facing a hot pitcher in Trevor Bauer, who by weird stroke of stupidity, I benched in our Fantasy League.

“I didn’t think we were up there just swinging without a plan,” Joe Maddon said. “But [Bauer] is on top of his game right now. They kept coming back [to the dugout] saying, ‘He is throwing the ball exactly where he wants to.'”

The bats couldn’t get anything into the air, but on the mound, Jon Lester rebounded to have a solid outing.

Um, I’ve been saying that all April. Yes, the Cubs are having a see saw kind of Spring and it might work but chances are, they’ll need to do exactly what Lester has indicated, and put together three wins in a row. Listen, we all want them to dominate, so perhaps they need to win a couple of series in a row to stay relevant come August.

Yesterday’s game was a different beast altogether. The Cubs could have/should have come out victorious but the end resulted in Cleveland just getting all the really good knocks.

“Whoever says solo homers can’t beat you (is wrong), I guess,” Lester said. “The only pitch that was a bad decision on my part — and I shook to it — was the pitch to Guyer. The other two, Lindor goes oppo and a ball on the ground that Encarnacion hits out. That’s the game, unfortunately.”

Andrew Miller got injured and that wasn’t enough for the Cubs to take advantage of? I also believe that Anthony Rizzo needs to get going. He’s their “Unofficial” leader in the clubhouse and when he returns to form, the Cubs should be getting back on track.