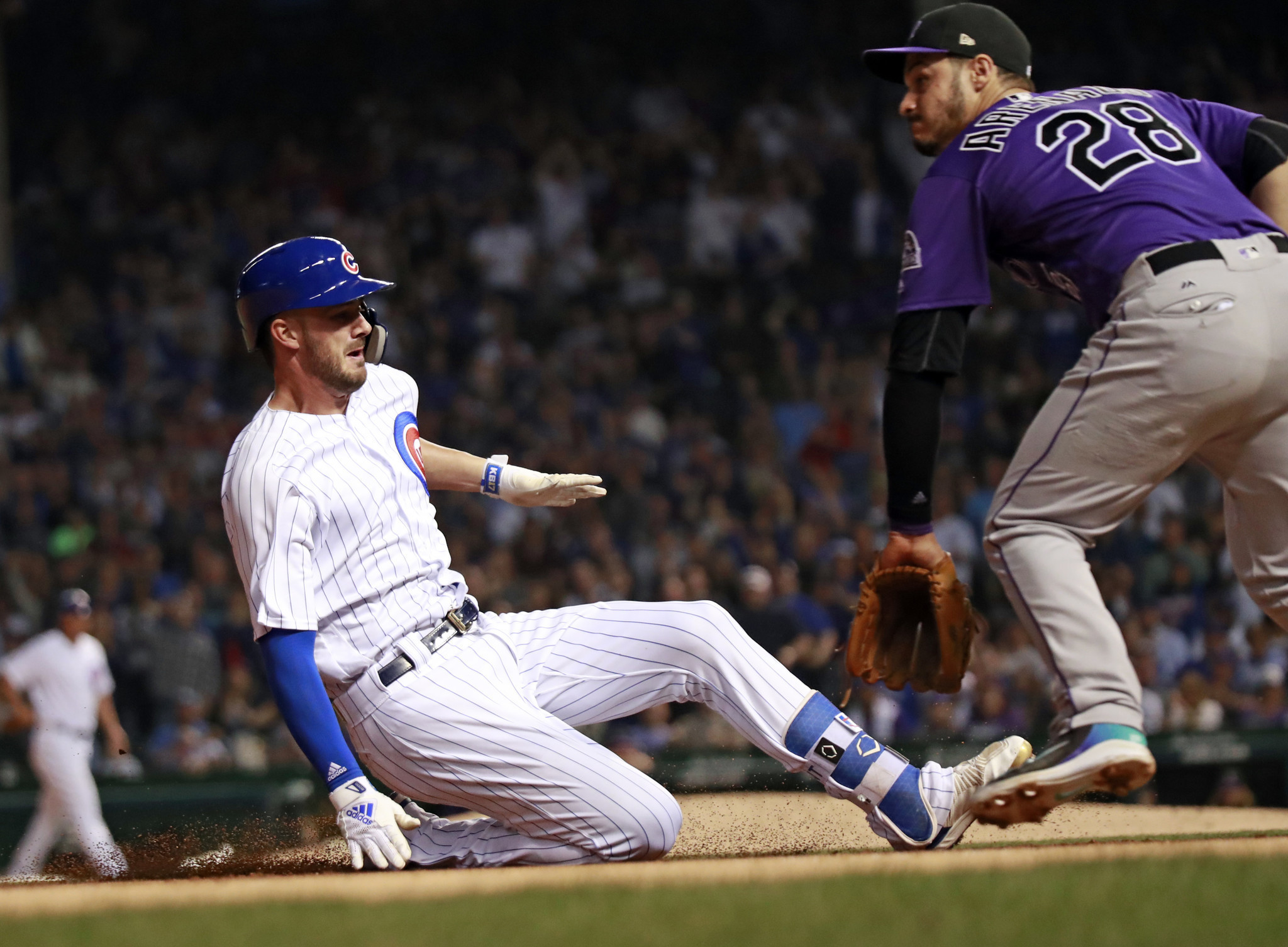 Well, the Chicago Cubs have won five in a row. After their 3-2 victory over the Colorado Rockies, the Cubs now stand alone on top of the National league Central. In a month that saw the Cubs get off to a shaky start and struggle with starting pitching, key injuries and extreme cold temperatures, your friendly northside neighbourhood blue cuddly bears have now broken out of their hibernation and have begun to roar.

“We made mistakes we normally don’t make,”Joe Maddon said. “You would think giving them all those extra outs would not turn out in our favor. Give our relievers a lot of credit.”

It wasn’t pretty but a win is a win. Jon Lester lasted 5 and some changeout they managed to squeak out the win. Perhaps it was the Cubs shortened inclement weather schedule that was to blame but now the Cubs are baseball’s hottest team and just before you can say, “Holy Cow!” the Cubs have a shot tonight at becoming the first team in the “Live ball” era to win six in a row while giving up fewer than three runs. Who better than to be on the mound than Kyle Hendricks.

Even though Lester left the game, Luke Farrell, the son of John Farrell (Toronto Blue Jays/Boston Red Sox) stepped up and sealed the deal. While lester didn’t go deep into the game, the positives were there with Farrell getting the win. It showed Maddon and the team that the bullpen can keep fresh and Farrell will hopefully be able to deliver some more opportunities this season.

“We’ve been going back and forth,” Farrell said. “He was pumped. Mom, too. Family, brothers — it’s something we can all share. This is my first time pitching as a Cub at Wrigley, and the adrenaline I felt pitching in front of fans like this on a Monday night is pretty amazing.”

Yeah it is pretty amazing and it was amazing that Kris Bryant was back in the game doing what Bryant does best and delivering key plays like in the sixth inning when he scored the tie breaking run.

“I thought he looked great at the plate the very first at-bat back,” Cubs manager Joe Maddon said of Bryant. “I think he looks fine. … I have not seen anything negative at the plate.”

So far, May’s proven to be quite positive.