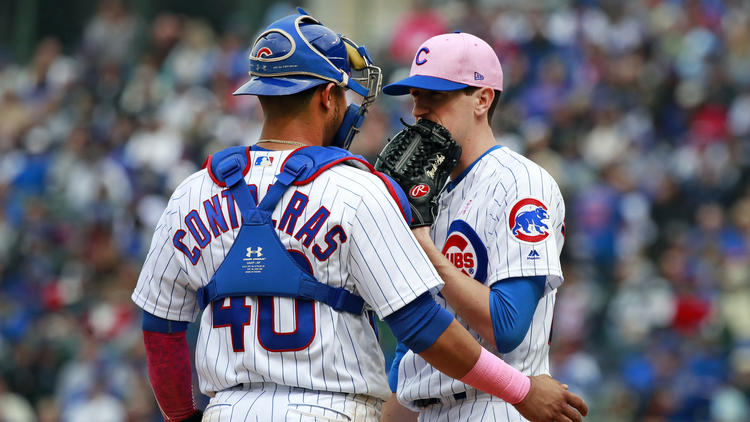 When the Cubs lost yesterday, it wasn’t due to the pitching, although I’m biased. Kyle Hendricks pitched well in the 5-3 defeat.

“I felt I threw better,” Hendricks said. “It was better than my last start — fastball command was better, good changeups. A couple bad pitches today, and they got hit. It’s just the nature of the game. You just have to stick with it and stick with the routine.”

The thing I’ve found with Hendricks’ pitching is when he gets caught, there’s no way out of it but when he’s on, then then he’s unbeatable. The Cubs are one game back of Milwaukee but they take the series against the White Sox. Tonight, they start an important series against Atlanta who are red hot.

“Regardless of the results, even during the losing streak, we were locked in and putting together good at-bats. It’s one of those things where it just has to come together. It’s the nature of the game, and sometimes you just get beat. I think we just run into some teams that get the best of us. We’re playing good baseball now. If we stick with it, we’ll end up where we need to be.” Hendricks said.

They will. They are playing good baseball right now so if they stick to the plan, the team will gel. Guys like Javier Baez and Willson Contreras have stepped it up a few and are having banner seasons.

The thing is that they can’t continue to be streaky. Yesterday’s game was about missed opportunities. Addison Russell let one slip away on an Ian Happ double.

“Just a bad read,” Russell admitted on getting thrown out. “Just overaggressive, just wanting to score. Hard-hit by Kyle. It’s either you go one way or you go the other way. I chose the wrong way.”

The good news is that the Cubs know what they have to do to fix these costly mistakes and they can do it.