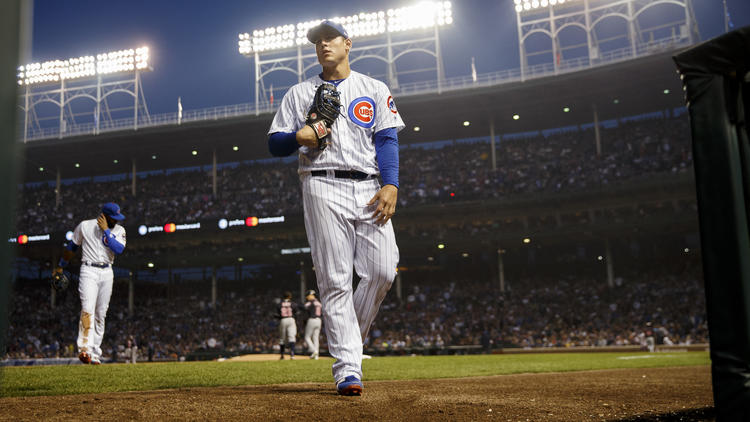 There wasn’t much the Cubs could have done in their 1-0 loss to Cleveland. Well, there was a whole bunch they could have done but leaving runners stranded was a big thing. The truth is that both teams played a very tight game like they were in a recent World Series or something.

The viewpoints differ  amongst teammates.

Or then there’s Albert Almora.

“You think of the 2016 team, and you’re spoiled when you think of that kind of caliber we played all year,” center fielder Albert Almora Jr. said of the Cubs’ 103-win, wire-to-wire run to the division title. “But I like where we’re at, and I think we’re playing at a really high level right now with the intensity. We’ll see. It’s still early.”

Which he’s right about that. It is still early, but the Cubs can’t find ways to win like they used to. Jon Lester put in a solid performance.

“I think he’s found his voice and it’s fun to watch,” Maddon said. “He’s a veteran, he’s earned the right to be here, the big contract, and now that some of the guys he’s worked with in the past, whether it’s David [Ross] or John Lackey, are gone, Jon is carrying on. Those guys were his mentors and he deferred to them. Now Jon’s carrying the torch.”

But the Cubs were stymied last night. They’ll sure take last night’s loss over their ten run beat down the previous night. Even if a Manny Machado signs with the club, would he make a huge difference? He suddenly would come onto the team and half to gel with the rest of them, I don’t believe his impact would be huge. Remember, everyone thought the Cubs had the best rotation going into the season. The Cubs have a great shot at Bryce Harper next year and I like them odds a little better. Addison Russell will be dealt at the deadline, that I’m convinced about.

“I think we are better than what our record shows. We’ve just got to continue to be us and play our game and focus on everyone in this clubhouse and care about each other. I feel like we do a really good job of that. If we just continue to do what we believe in, good things are going to happen.” Kyle Schwarber said.

They struggled in the first half last year.