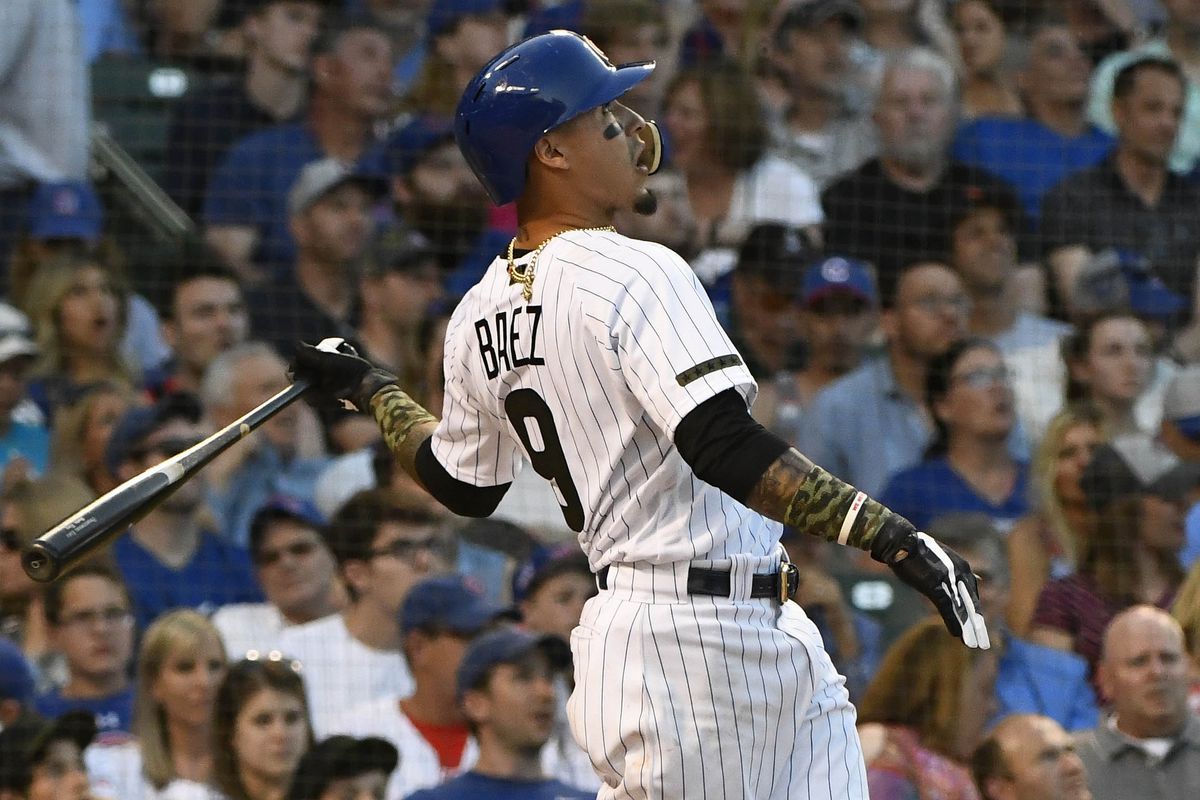 You know when you go back years later and you’re driving to work or somewhere and you just want to listen to something different, so you throw on a tune you haven’t heard in a while and realize it’s not as bad as they said it was all those years ago?

I did that with Chinese Democracy, Guns N Roses much maligned cd they put out ten years ago. It was awesome man, and gets stuck in your head.

The 2018 edition of the Chicago Cubs are kind of like that record. Last night, they beat the San Francisco Giants 8-3 to take the series.  Javier Baez connected with a three run homer in the fourth inning and the Cubs never looked back.

Like the Chinese Democracy record, when the Cubs are great, they’re bang on but sometimes, they feel like a work in progress a la Tyler Chatwood.

He’s walked a lot of batters which isn’t going to cut it in October. In fact, that could be just downright nasty if that happens.

“We have work to do,” Maddon said. “I really believe in this fellow, and his stuff is that good. We just have to get a more stable routine that permits him to control himself when he gets out there. We need to get him more routine oriented, that he has an anchor to hold onto when the ball’s not going where he wants it to.

True champions are made with pitching and the Cubs need to figure out their rotation in a hurry or their chances will fall, come, well the fall.

“I’m grinding right now, for sure,” he said. “But the good thing is we won the game.”