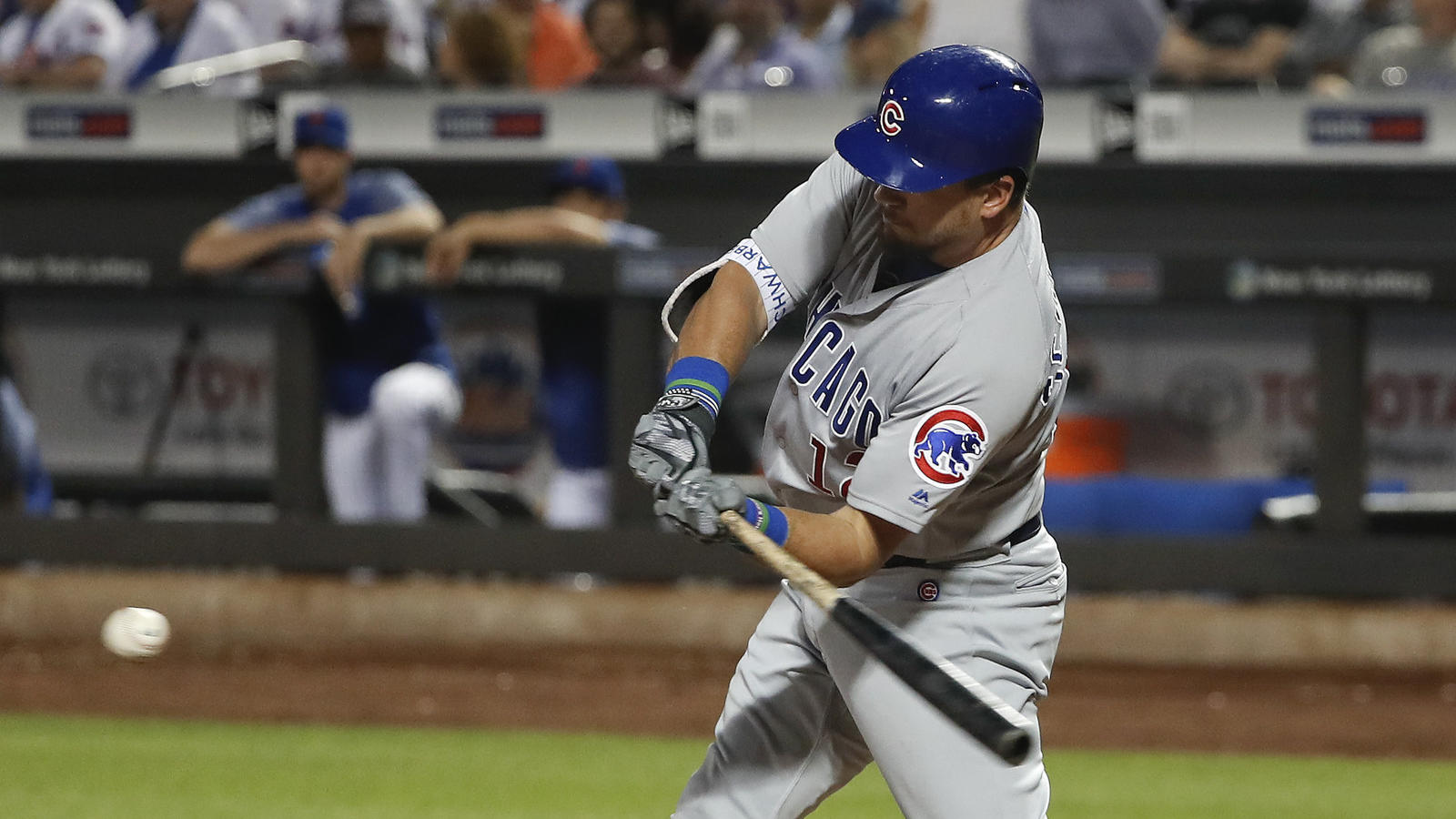 The Cubs are inching their way to the top. After last night’s 7-4 comeback victory over the New York Mets they’re only three games back of the Brewers. Perhaps the Cubs are finding their swing again, but the caveat being this is the Mets.

Four really good things happened in last night’s game. Kyle Schwarber hit his 11th big one of the season, Ben Zobrist continues to be well, Ben Zobrist, Albert Almora has one sick glove that nobody outside of Cubdom is aware of and Tommy La Stella quietly goes about getting hits. If he were in the Rolling Stones, he’d be Charlie Watts.

“More than anything, my swing actually feels right,” Zobrist said. “That’s kind of the key. I search for that most of the time, and when I find it, it just comes a little easier and I can drive the ball more and square up more balls. That’s when I know I’m in a good spot.”

The Cubs came back last night, but is it a true indication of the way they can play or is it against the not so great teams that they’ve been able to beat? Sure, they’ve got the Brewers’ number but they’ve only beaten the Pirates, Mets, Rockies, Braves and Marlins. Throw in the Reds, Giants and we don’t count the White Sucks. Outside of Atlanta and Colorado( not counting the Brewers because they’re in the same division) the Cubs haven’t really won. I’m being critical here because I still feel that come August to October, the Cubs are going to run into a whole mess of problems unless they do what they’ve done the last couple of seasons and turn on the afterburners in the second half of the season.

“It’s just a matter of time with all of these guys to get them where they normally are and the back of the bubblegum card reads well,” Joe Maddon said.

Nobody’s denying that the Cubs have the potential. They’ve got a great team and Javier Baez is going to punch his ticket to the All Star Game but they’ve got to figure out their chemistry quickly.

So I have question for you guys, when you’re not watching the Cubs, which teams do you watch if you pick one from each division?