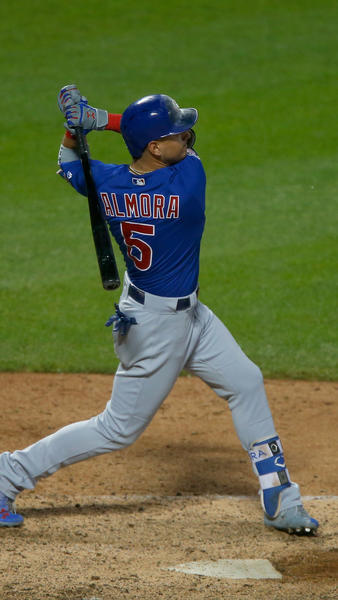 Yesterday was a marathon of a game but Luke Farrell pitched 4 shutout innings to help spark the Cubs 7-1win in extra innings over the New York Mets. It wasn’t just Farrell but also Albert Almora, the Cubs unsung hero who broke the tie to fuel the runs.

Yup, the Cubs found a way to win, albeit, it was against the Mets but a win is a win.

“I’m a lot chippier and happier right now because we won,” manager Joe Maddon said. “Had we not won that game with all those opportunities, it would have been difficult … We just have to move the ball. We started chasing again tonight.”

Those opportunities transitioned into 24 strikeouts, a season high but they won. Those strikeouts came against the Mets but if the Cubs, and I sound like a broken record, do that against the Nationals, they won’t stand a chance. They were lucky as much as confident that they could break out against the Mets. Yesterday was a great win. Jacob de Grom was aces for the Mets.

“He was unbelievable. It’s been a while since I’ve faced a pitcher like that. Everything was moving away from my barrel. His fastball had some late life, his slider was sharp, and he threw me one of the nastiest changeups I’ve ever seen. We didn’t have very much success against him. Some guys had really good at-bats. I wasn’t one of them. Tip your hat to the guy.” Alma said.

The Cubs have won three in a row and sit in the Wild Card spot. They’re hanging in but need to still put together a solid streak. The other key to the Cubs success is the dominance of Kris Bryant who’s been somewhat struggling of late. Last night, he struck out four times. That has to change. The former NL MVP and Rookie of the year has to show his dominance once again.

Here’s some food for thought; Does Albert Almora deserve an All Star nod? According to Cubbie’s Crib he does. I think so too. His defence has been nothing short of brilliant coupled with his At Bats, he’s providing some much needed depth to the Cubs order.