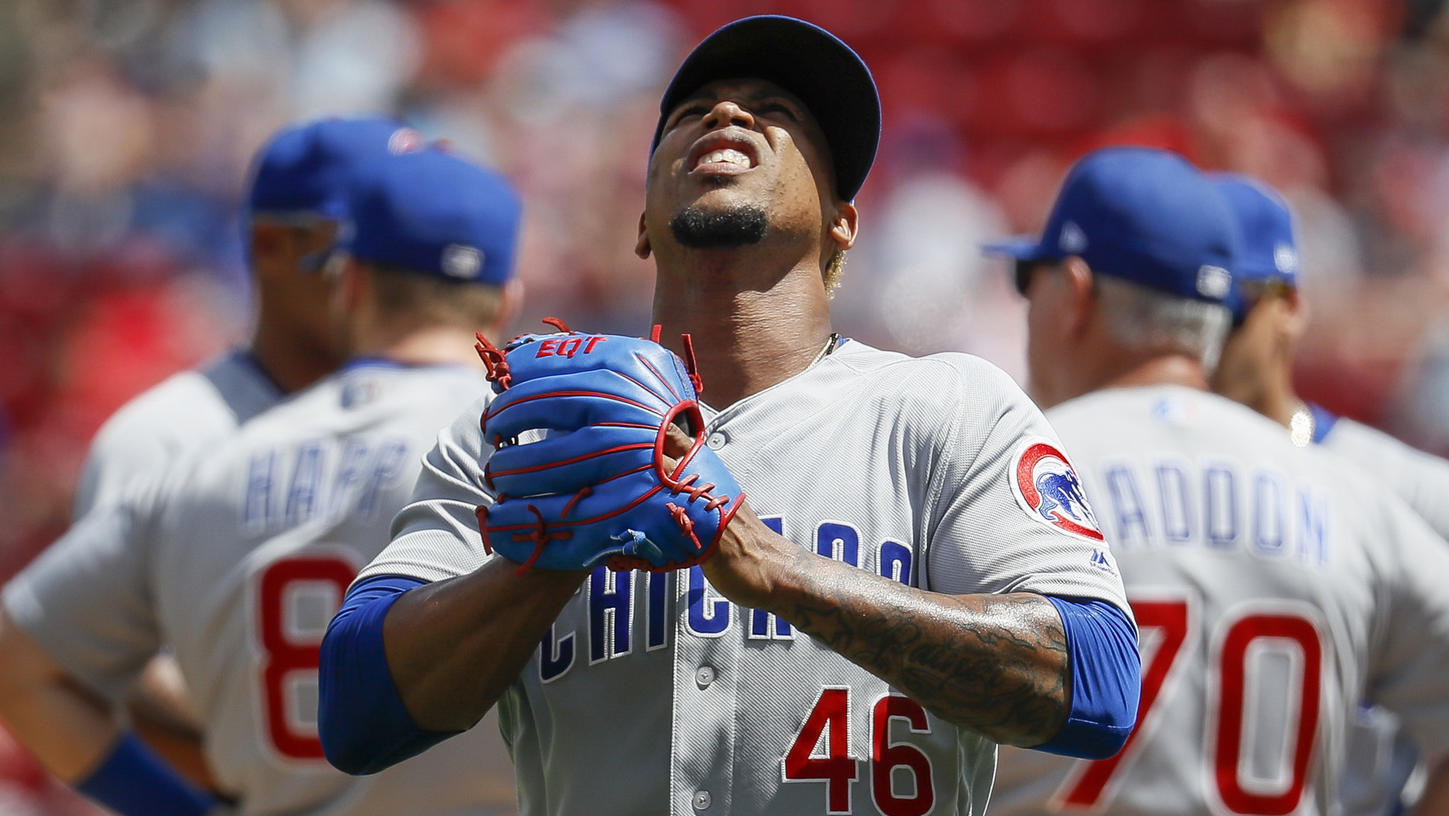 Well, that was a disaster now, wasn’t it? Yesterday, the Cubs were swept by the Cincinnati Reds in a game that saw the Cubs with a five run lead heading into the sixth inning, but watched it dwindle and then downright disappear as the Reds went on to beat them 8-6.

The bullpen watched it all go wrong.

“I came in there to stop the bleeding and I wasn’t able to do it,” Pedro Strop said. “All the work my team did before to put those runs up there. … This is a tough one to swallow. Coming down the stretch we weren’t playing well. We lost three games and that one, we should have gotten that one, to start a new rhythm.”

Yes, it’s a tough one to swallow, especially yesterday’s loss.  Jason Heyward drove in two runs and you know, I’m excited for him this year. He’s been playing well and to see the sweep, all his hard work went for nothing really. The Cubs need to regroup as they head out to Los Angeles to face the Dodgers. Do they change their game plan? Will we see Kris Bryant back in the lineup?

“He’s been battling it, but I really felt like giving him [Saturday] off would be fine for today,” manager Joe Maddon said. “I talked to him and [head athletic trainer] P.J. [Mainville] afterwards and it’s still a little ratty — it’s just not right. There’s no sense in pushing that. I don’t think it’s going to be for long. I also thought he might be fine for today, so it’s a day-to-day kind of thing.”

He’s the type of player you’d want to tread lightly with. This loss is the first series sweep by the Reds over the Cubs since 1983. This doesn’t bode well for Chicago’s Northside Heroes.

“We beat the Dodgers two out of three [last week], and we’re the best team since the 1927 Yankees,” Maddon said Sunday morning before the latest loss. “Then Cincinnati beats us for three days, and all of a sudden, it’s doom and gloom. I cannot live my life that way.”

No, that’s the truth. The Cubs have to definitely regroup and figure out what went wrong in Cincinnati because when it’s all said and done, this weekend series will either go on to bite them in the ass or make it’s way to Cooperstown and forever be known as,” Cincinnati Incident”