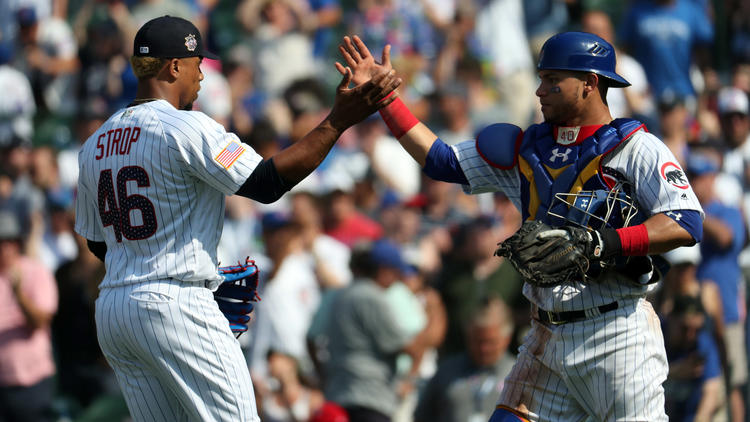 In the Theo Epstein years, the Cubs ‘ mantra has always been to never give up. They’ve lived by that code and continued those words in yesterday’s 5-3 win over the struggling Detroit Tigers.

“The approaches are paying off now, we’re getting some opposite-field hits,” said Jason Heyward, who collected his 13th multi-hit game in his past 30 contests. “The weather warming up, they’re getting hot. Hitting is contagious, too. You get a couple guys going there, and it translates through the whole lineup.”

The day got off to a shaky start with Kyle Hendricks‘ unusual season. He gave up another home run and his unusually “off” season continued.

“It’s very unfamiliar from the dugout, watching it out there,” Joe Maddon said.

“It’s obviously frustrating,” Hendricks said. “I have to stick with what I’m doing and my cues, and hopefully it’ll click.”

Perhaps the second half of the season, Hendricks will be able to pull it together.

There’s no denying the Cubs’ confidence is at an all time high. They’re getting out of jams and coming from behind to get the wins.

“When you get to that point and you get that kind of confidence going, you don’t want to nick it,” Maddon said. “It’s the residue of our starting pitching not being what it normally is. We’re giving up more early runs from our starters that we didn’t anticipate that happening. But such a tightly knit group, they’re there to pick everyone else up.”

They’re a game back of Milwaukee in the National League Central race. Things are looking great but I hope Hendricks gets everything sorted out. I’m kinda worried. Has everyone caught on to him, it’s not like he throws heat so his arm can’t be gone. We’ll see after the All Star Break.

“Everything is believable,” Maddon said