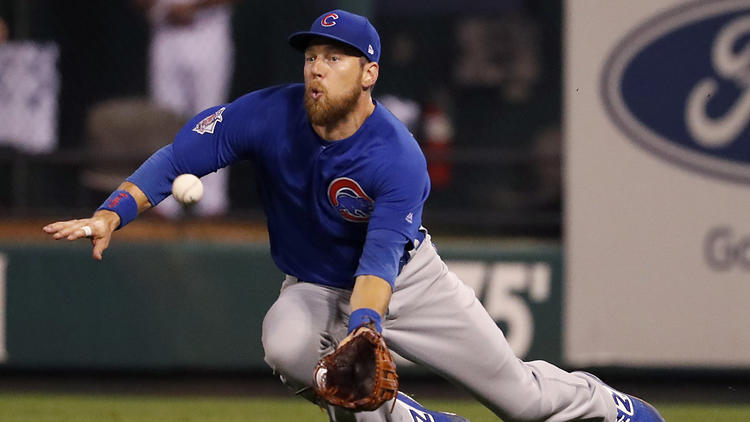 Just like that, after a pair of losses, the Cubs magically returned to steal a win from the St. Louis Cardinals last night 5-2. The key to the victory was Kyle Hendricks striking out eight batters but going seven innings in order to do it, plus his pitch count barely creeped over a hundred.

“My mindset was better, [I was] aggressive in the strike zone,” Hendricks said. “Even in the first inning, I made a couple bad pitches. After that, mechanics settled in, I started repeating it better. It’s just bringing the two together, repeating my mechanics from the first pitch in the first inning but keeping that same mindset, being aggressive in the strike zone, getting quicker outs. I still got in some 3-2 counts but the mindset was better.”

Since his trade to the Cubs four years ago, Hendricks’ best asset has been his mind. He’s calm under pressure and able to collect them after a loss by trying to understand and study his mechanics and get back to work. This win reassures me that, perhaps he truly is back to his old self.

The other thing as well is that guys like Ben Zobrist, when he’s contributing, the Cubs are unstoppable. So last night, he had four hits, almost hitting the cycle and had a nice grab in the seventh to help Hendricks with the win. Zobrist has been one of the best “Clutch” guys in the business.

There’s also the second half experiment of Anthony Rizzo in the leadoff spot. Three home runs since the break. Not too shabby.

“We don’t have the prototypical leadoff guy, we don’t have that speed burner to set the whole thing up so don’t try to force it,” Joe Maddon said.

The Cubs need to strike while the iron is hot and continue with the experiment as long as it works.

The Cubs are still clinging to the top spot in the National League and with Cole Hamels set to make his debut against Pittsburgh on Wednesday, the Cubs will see if the acquisition will work out.

“I do think we have enough but we need to get certain people healthy,” Maddon said. “I’m not talking about just getting to the playoffs, you want to play that last game. Among Morrow, Darvish and K.B., could you make three better acquisitions this time of year? It’s impossible. That’s the goal is to get those guys out here.”

Once the Cubs can get those guys back in the lineup, the stretch is preparing its’ way for the most exciting time of the year.