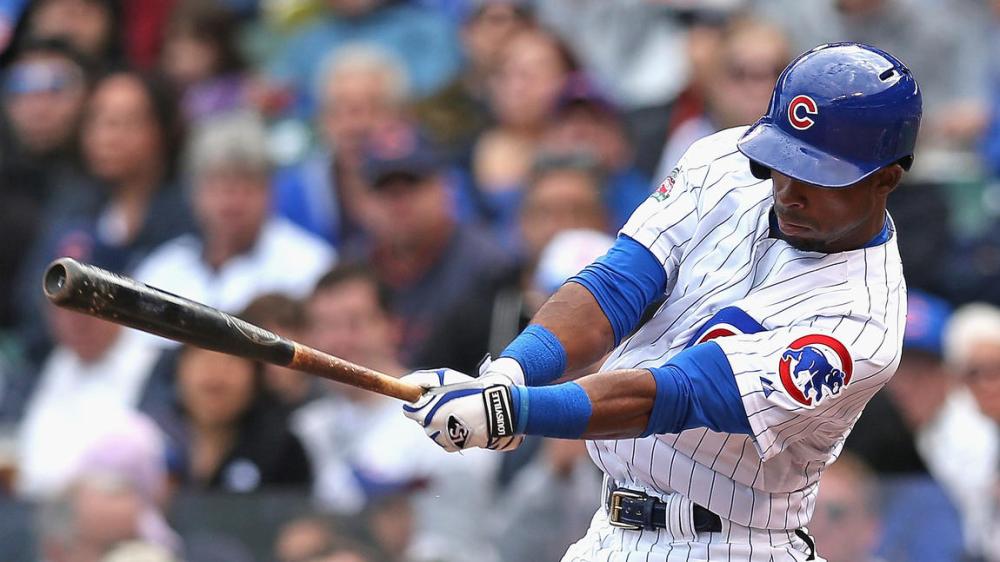 The Cubs were outmatched in yesterday’s defeat at the hands of the Los Angeles Dodgers. This time next year? There might be a different outcome but yesterday the Dodgers peppered the 5-11 Jacob Turner in front of the last day crowd of the season at Wrigley Field. Final score 8-5

The difficulty with losses like these to playoff contending teams is that some teams are shutting it down while others are using it as batting practice.

“They’re trying to clinch a division, and we’re trying to show everybody who we are,” Cubs manager Rick Renteria said. “I think all things being equal, we fell behind early in a few games and we kept coming back and fighting. I think our guys are showing a little bit of heart and just fell short.”

Well, heart won’t get you wins. I like this time of year because it gives me the chance to sit back and admire the other teams like the Dodgers. The underachieving club with the highest payroll and the competitive manager, Don Mattingly. The team that just can’t quite take the next step towards a successful playoff run. Could it be this year?

“It just shows that you have to execute,” Turner said. “There were times when I was able to, especially in the fourth and fifth innings, I felt a little better. The two-run home run to Kemp in the third was a fastball trying to go away, and it caught too much of the plate. In the first inning, the two-out hit by Hanley Ramirez was a breaking ball that stayed up a little bit.”

For the fans of the Cubs, it was bittersweet to bid adieu to another season at Wrigley Field. At least for the day games. However, rest assured that the series against the Cardinals is going to be an exciting finale to another year at the Friendly Confines before the Cubs’ eventual return to the post season next year.

The Cubs rolled into Hogtown last night and well, the Toronto Blue Jays put on a Stro, Man. That was bad I admit it. The worst part came when my now infamous words, “This ball has second deck written all over it.” I have witnesses seconds before Jose Bautista made one fan happy. 8-0

“It’s one of those situations where you’re trying to make a pitch that if he doesn’t swing, you put him on, and if he does he’s probably out,” Turner said. “And like I said, I didn’t execute when I needed to. It’s a big moment in the game. That’s on me. If we get through that inning from where we’re at, it’s a totally different game.”

My allegiance was split last night because the Jays are in a Wild Card chase and so I was kind of happy they won. Just a bit. Jacob Turner pitched ok last night, it was just the Jays were hitting him deep on just about every one.

Well, then there was Marcus Stroman, the rookie pitcher for the Jays who deserved the Complete Game. I always say, if you want to measure the pure awesomeness of a pitcher, look at their Complete Games and that’ll tell you how good they are.

“His ball was moving. He had everything working,” said Valaika, who also struck out twice. “It was more than just his fastball. First time around he was getting ahead with that fastball and then later in the game he started flipping that slider in. He had great stuff and great fastball command and kept us off-balance all game.”

You know, there was a time when I mildly cheered for the Milwaukee Brewers. The “Brew Crew” “Roll Out The Barrel” enjoying a good brew every now and then, well it’s just like what Ben Franklin says, “Beer is proof that God loves us and wants us to be happy” and yes, it is a myth that Canadian beer is better than American beer. Both have some mighty fine brew.

Ryan Braun. That’s the reason why I can’t stand the Brewers. We all know what he needs to return and make an apology to children everywhere.

So the Cubs beating up on them really puts a smile on my face. if there was one team I can’t stand, it’s the Brewers.

Now the Cubs have some great heroes and Chicago has suddenly become a great place to play. Hometown heroes, that’s what it’s all about. Jorge Soler notched a pair of doubles.

Turner enjoyed his outing as well. The Cubs went on to beat the Brewers 4-2 and knocked the Brewers out of first place and Turner received his first win as a Cub.

“It’s definitely a step in the right direction,” Turner said of the outing. “I’m just happy I’ve been able to build on some of the stuff that me and pitching coach Chris Bosio have been working on. I made the pitches when I needed to when guys got on base, especially in the first inning. Getting through that catapulted me through the rest of the game.”

The Cubs have a .500 record at home. 33-33 it’s going to be an exciting September so if anyone were to ask me how the Cubs are doing this year?

All right, so I was wrong. Jorge Soler joins the club today. Did the Cubs need Soler last night? Nope. The Cubs have the best winning streak in the Majors with 4W’s in a row. Sure, it was a bit wet and Anthony Rizzo hit the thirty club sending a fan home with a souvenir but what about Travis Wood? He looked like the Wood of old. The only piece missing was a home run.

“He was attacking the strike zone, he was probably working the fringes more effectively this time, changing speeds, using the curveball today to get some swings and some early strikes,” Rick Renteria said. “He was pitching with some confidence today. I thought he had a real good feel for his pitches.”

“I think it’s pretty exciting for the whole organization,” manager Rick Renteria said. “A young man that’s been talked about quite a bit will be joining us tomorrow. Everybody’s pretty excited about it.”

So whether the Cubs, who are now 10 back of the wild card turn into the “Miracle team” of the year or just providing the kid with some practice, remains to be seen. There’s no denying that the Cubs are looking good. Although some cynics and I’m included aren’t too sure whether the team can finish at .500, for the first time in a long time, the Cubs are winning and there’s a feeling of hope in the dugout.

“I’m not surprised,” Rizzo said. “He’s been on a tear, he’s been doing everything you can do, and having an extra week, to having five weeks in the big leagues would be good — to have him up here and get him going and go into the offseason on a high note, or maybe he doesn’t do so well here, but going into the offseason knowing what to work on.”