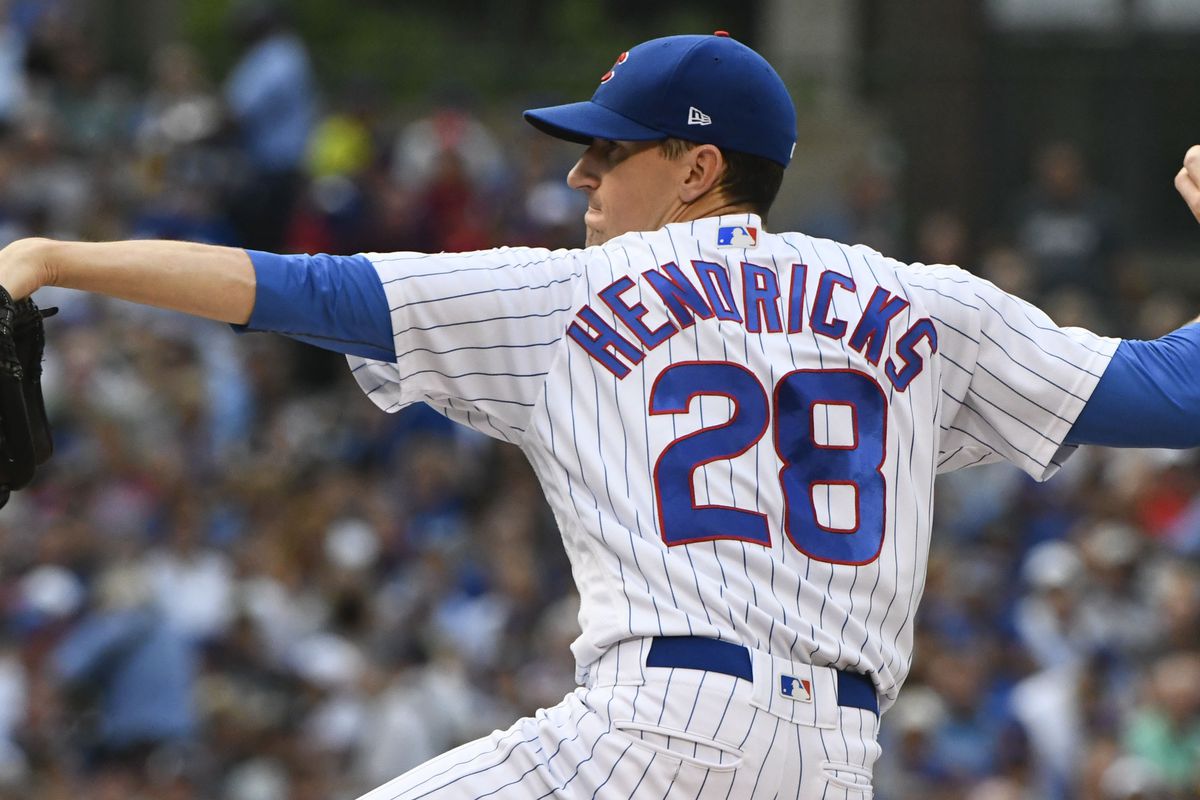 The Cubs need their pitchers to go deep into games. It’s not a suggestion, it’s a must. Last night, Kyle Hendricks was ousted in the fifth even after he posted eight strikeouts. It wasn’t a bad outing by the Professor but his pitch count was way too high over a hundred and it wasn’t enough as the Cubs got beat by the Diamondbacks 5-1

“We’re talking about it with the whole staff in here — everybody, even the guys working behind the scenes — and trying to figure out if we’re falling into tendencies, patterns and what to do to get bad contact,” Hendricks said. “We have to do better in the 1-1 count. Just getting outs on three pitches — that has to be the focus. It’s frustrating and a slower process than we hoped.”

Times running out. I think one of the problems for Hendricks is batters are more patient with his style of throwing. He doesn’t have many pitches to choose from and perhaps during the off season, he might pick up a new pitch.

“I thought my stuff was good today, but it was the same story — I have to put guys away quicker, get quicker outs,” Hendricks said. “It’s a little frustrating. I felt I made one bad pitch, the 0-2 to Jon Jay was terrible. Otherwise, it was pretty good pitches they got some hits on. My stuff is there. My sinker feels good. I have to stick to what I’m doing.”

I thought for sure the Cubs would be able to gather momentum after the break, but it hasn’t been the case.

Although Kris Bryant is out with a sore shoulder, he hasn’t had the best season either and    that hasn’t helped the team either.

“He’s sore,” Maddon said. “I have to be proactive with that. I want to make sure that we’re not pushing him too hard right now.”

So the Cubs have a few spots where they’re inconsistent and perhaps they’re going to make something of it at the deadline but as of July 25th, they’re not quite ready for the post season. Don’t get me wrong, most pieces are there but pitching needs to rebound or they won’t get far.